Revealed: Six Top Boko Haram Financiers Are Among Those Who Escaped From Kuje Prison


Some security sources described the alleged financiers as sponsors of the two terrorist organisations. 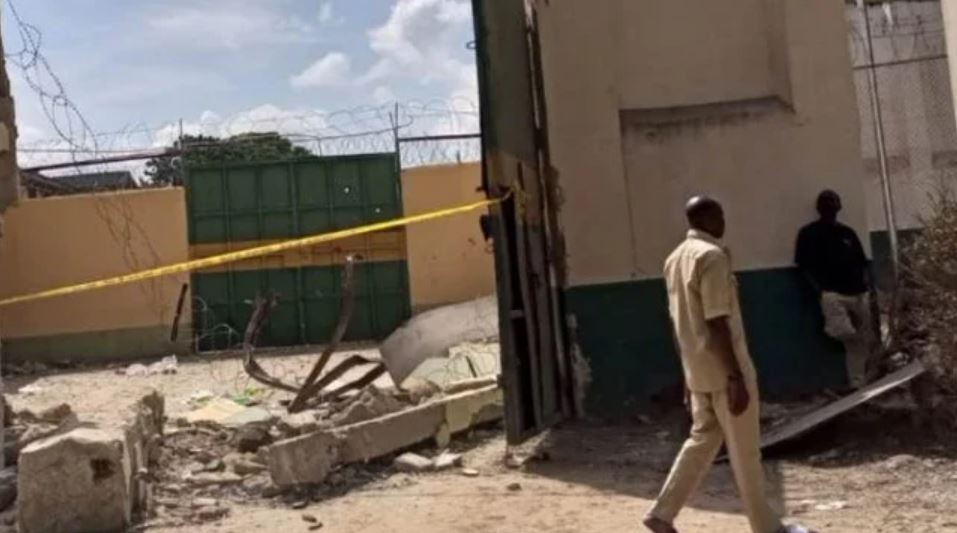 The Nation reports that six persons who are alleged to be top financiers of the Boko Haram and ISWAP terrorist groups also escaped from Kuje prison.

They were reportedly among the inmates set free by the terrorists who invaded the Kuje Correctional Centre, Abuja on Tuesday night, The Nation gathered yesterday.

Security sources described the alleged financiers as sponsors of the two terrorist organisations.

Sixty-nine fleeing inmates of the facility were declared wanted by the authorities yesterday while President Muhammadu Buhari held an emergency meeting with his chief security advisers to review the attack.

Police Affairs Minister Maigari Dingyadi told reporters at the end of the meeting that the  invaders  overpowered the minimal security presence at the facility as a result of their large number and superior fire power.

The six Boko Haram and ISWAP suspected financers were in the group of 48 leaders spotted by the Nigerian Financial Intelligence Unit (NFIU) and subsequently arrested by the Defence Intelligence Agency (DIA).

One of the escapees is Muhammed Sani rated as the second in command in the Boko Haram hierarchy.

Security sources believe he is more powerful than the symbolic Boko Haram leader, Abubakar Shekau, who was killed in a battle with ISWAP in Sambisa Forest in May 2021.

A source familiar with the development said: “Strong indications pointed to the fact that these six were among a group of 48 leaders arrested by the Defence Intelligence Agency (DIA) based on financial intelligence analysis conducted by the Nigerian Financial Intelligence Unit (NFIU).

“The 48 leaders were arrested out of the 93 the Unit recommended that their arrest would help in reducing the activities of both Boko Haram and ISWAP in the North East.

“Upon their arrest, terrorism was weakened considerably and more than 30,000 of Boko Haram /ISWAP active members surrendered to the Borno State Government for reintegration and de-radicalization.”

Profiling Muhammed Sani, the source rated him as the second person of substance to Boko Haram by Intelligence analysis.

“According to some leaks, Intelligence officers placed Abubakar Shekau who was the media face of the organisation in number 32,” the source said.

It was gathered that the presidency had directed the military, intelligence and security agencies to be on Red Alert.

A government source confirmed the development, saying: “The presidential directive to the military, intelligence and security agencies was to curtail likely challenges or resurgence in areas that used to experience attacks and in all parts of the country.

“I think surveillance will be heightened in public places, highways and soft targets such as schools and open markets.”

Consequently, the Federal Capital Territory (FCT) Police Command yesterday announced that that no vehicle would be allowed at any Eid praying grounds in Abuja during today’s Sallah prayers.

The Commissioner of Police, FCT, CP Babaji Sunday, said the measure was in pursuance of the common resolve to beef-up security.

Besides, the Command will intensify “robust stop and search operations, high level visibility policing patrols and surveillance of places of worship, parks, recreational centres and residential areas, and prompt response to any distress calls from across the FCT.”

Spokesperson for the command, DSP Josephine Adeh, said: “Muslim faithful who might wish to observe the Eid prayer at the National Eid praying ground along the Airport Road are to note that there’s enough space to admit everyone inside the praying ground.

“Worshipers are therefore advised to pray inside and avoid praying on the expressway in order to ensure orderliness and proper traffic management. Complementarily, there will also be traffic diversions on the Dantata Bridge from 7:00 -10:00am.

“In the same vein, vehicles will not be allowed to park in front of the praying ground both on the expressway and the service lane.

“At all other praying grounds within the FCT, no vehicle will be permitted to park 200 metres close to the praying grounds. Worshipers and residents are therefore advised to cooperate with police officers deployed strictly for enforcement.”

The CP added that tactical and intelligence assets of the command have been strategically deployed across the nooks and crannies of the territory to nip in the bud any crime or threat to lives of property of residents.