The police officers the 41-year-old suspected ritualist after a human skull was found on him. 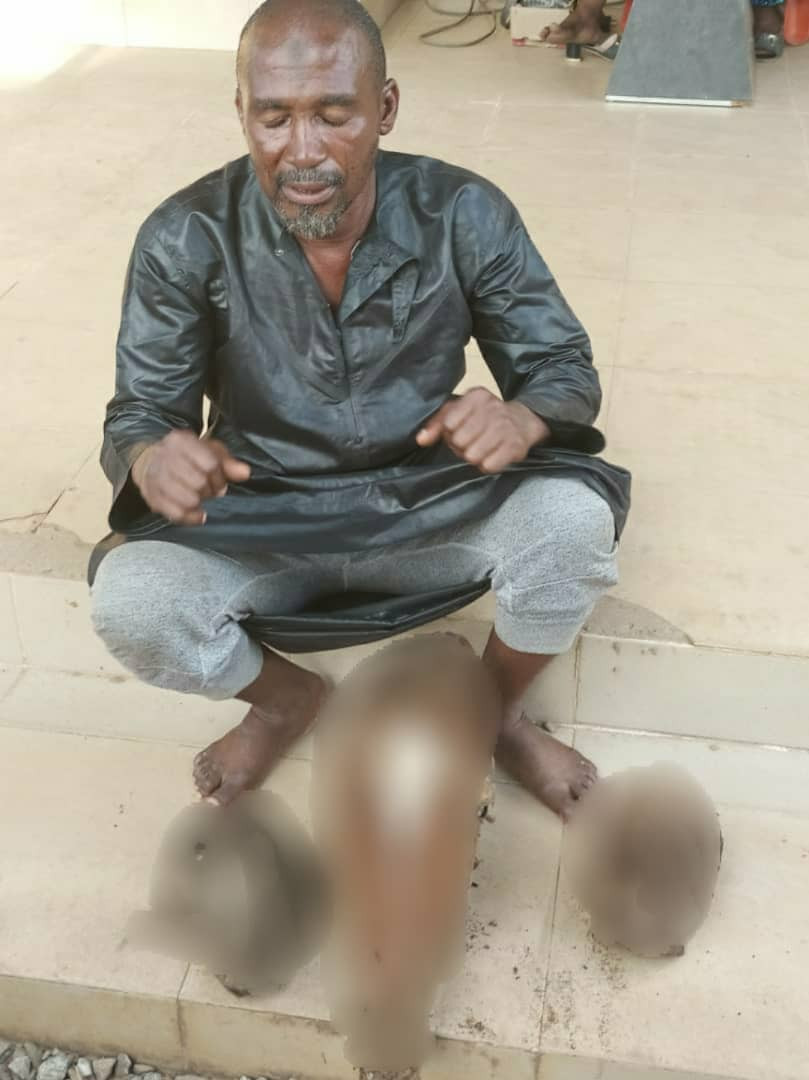 The police officers the 41-year-old suspected ritualist after a human skull was found on him.

In a statement released, the spokesperson of the state police command, SP Okasanmi Ajayi, said the police received information that some suspected ritualists whose stock in trade is buying, trading and trafficking in human body parts couriered human skull from Lagos State into Ilorin and that the package was heading to Balogun Fulani motor park, Ilorin.

''On the strength of the information, the team arrested one Ibrahim Hamza 'm' aged 41years of Orisunbare area of Okolowo, Ilorin who had earlier recieved the  package from the motor park. Upon discreet  search conducted on him, a human skull concealed in a carton with his name and phone number inscribed on it was recovered.

Preliminary investigation into the matter revealed that the suspect actually procured the human skull, Horse head, Chimpanzee head and other items which were recovered in his house to which he confessed he intended to use for money making rituals.'' he said

Okasanmi stated that the state Commissioner of Police, CP Tuesday Assayomo, commended the detectives for a job well done and admonished the investigating team to ensure that the remaining accomplices of the suspect are arrested and duly prosecuted.