The actor from Abia state was reportedly killed by his PA at his home is DLA, Asaba Delta state. 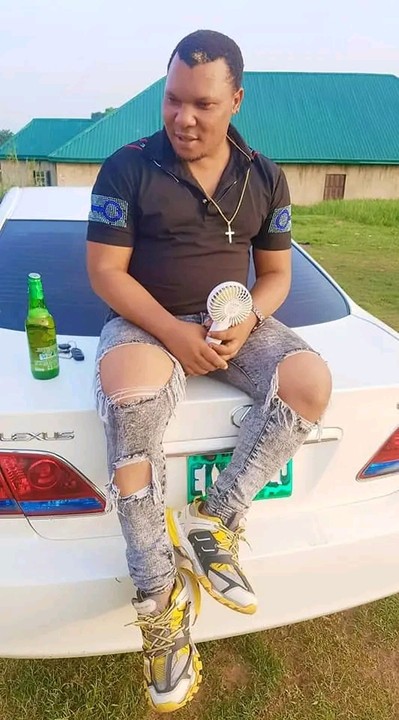 A popular Nollywood actor, Prince Emma Abuchi is dead.
The actor from Abia state was reportedly killed by his PA at his home is DLA, Asaba Delta state.
The sad news was shared by a popular Anambra based comedian Moses Anayochukwu Usulor, fondly known as Lord Zeus 101.
In a video which was obtained by LatestNGnews.com, it was gathered that the PA killed Emma, on Tuesday night, July 5, 2022, slept with him in their apartment, and catered away with his properties on the following morning.
The lady who was narrating the incident said that the neigbour who’s living in the same compound with the tenant was Emma’s PA on Wednesday morning as he was carrying their properties and loading on a bus, asked why is he loading their properties, and the boy said that they’re going for an outside job. 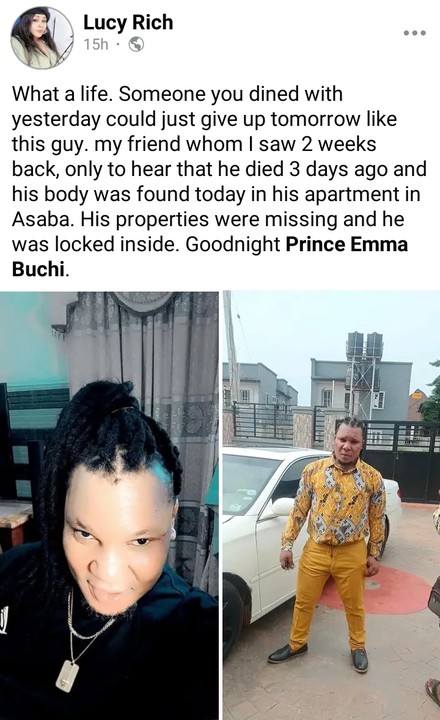 The woman who was narrating the incident to the camera blamed the neigbour for seeing something suspicious and allowing the boy to carry the properties and go. It was also gathered that the boy tried to take Emma’s car, but was unable to carry it, due to the car was on security, so he left the car key on the ignition, loaded up Emma’s properties in a bus and left.
The boy also carried every pin in the apartment, leaving only the ceiling fan in the house, and their pet dog. The concerned colleagues of Emma Buchi in the Nollywood industry are calling on the efforts of the general public to help trace the killer and bring him to justice.
Watch video below:
Top Stories