The speaker recounted the times, in a book titled ‘Mr. Speaker: The Legislative Life, Service and Resilience of Femi Gbajabiamila’, recently launched in Abuja to mark his 60th birthday. 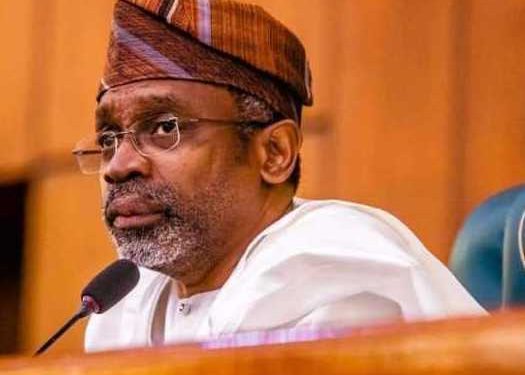 Femi Gbajabiamila, the Speaker of the House of Representatives, has made a fresh revelation.

The lawmaker revealed that he was offered N100 million to support the infamous third term agenda of the former president, Olusegun Obasanjo, saying his best moment as a lawmaker was when the agenda was killed.

The speaker recounted the times, in a book titled ‘Mr. Speaker: The Legislative Life, Service and Resilience of Femi Gbajabiamila’, recently launched in Abuja to mark his 60th birthday.

He said: “My best moment as a lawmaker was the death of Third Term; the day it was pronounced dead, because we had sleepless nights. We were meeting; we got a place in Asokoro, hidden somewhere. We would start our meetings sometimes at 11 at night and leave at 4am. I can’t remember how many of us. It was a risk to life.

“So, the day it was pronounced dead was a happy day and a relief for me. I was a free man. Look, I was offered inducement, at that time, by one of the major proponents of Third Term. At this point, I would not mention his name, but he is a major player in this country.

“While they were offering members N50 million, I was offered double, a N100 million at that time, and you know what N100 million was, which, of course, I turned down.  I say that for you to understand the pressure; financial, mental and physical pressure.

“We had no other job in the House except Third Term, constitutional amendment. For me, as noble as that work was, the best time was the day it died, not the Third Term itself, but the day it was killed on the floor.”

Gbajabiamila also recounted how he assisted the former speaker of the House and current governor of Sokoto State, Aminu Tambuwal, to emerge successfully, noting that the presidential candidate of the ruling All Progressives Congress, APC, in the forthcoming 2023 elections, Asiwaju Bola Tinubu, objected to a suggestion to make him (Tambuwal) a deputy speaker.

He said: “My Party, Action Congress of Nigeria, ACN, leaders had never heard of Tambuwal. They did not know him, but I introduced him to them.”