Airline operators had also complained about the rising cost of aviation fuel and threatened to shut down operations. 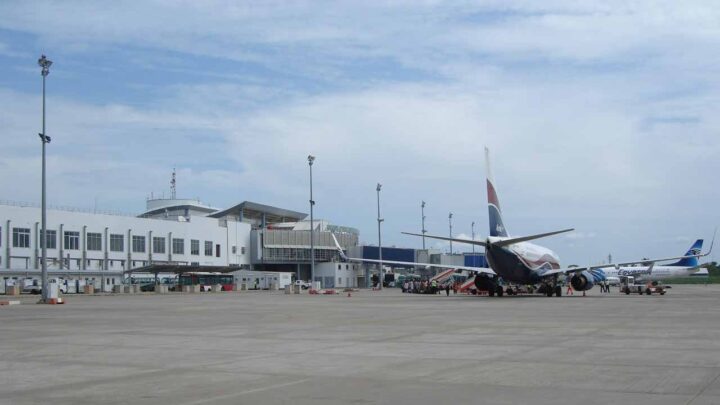 In what will come across as a rather startling development, some passengers were recently stranded at the Abuja airport.

They were stranded at the domestic wing of the Nnamdi Azikiwe Airport in Abuja on Friday as airlines battle fuel scarcity, TheCable reports.

Last month, airlines, under the aegis of Airline Operators of Nigeria (AON), warned about the disruption of scheduled flight operations over the growing scarcity of aviation fuel, popularly known as Jet-A1.

Airline operators had also complained about the rising cost of aviation fuel and threatened to shut down operations.

Andrew, a passenger of Overland airline, who intended to fly inboard Jalingo, Taraba state, together with four of his colleagues, told TheCable his flight was delayed for “operational reasons”.

He said his flight was scheduled for 10 am, but passengers were called after about an hour.

Another passenger who is a journalist said his flight was also delayed for more than one hour.

“I was flying from Abuja to Akure to cover the Osun election. I was there from 9 am to originally board by 10.15 am,” he said, adding that he finally boarded the plane by 11.39 am.

Another passenger, who was supposed to board Owerri through United Nigeria Airlines by 10 am, told TheCable his flight was also delayed for two hours.

A source at the airport who preferred anonymity told TheCable that the postponement was caused by the unavailability of aviation fuel.

“The flight was available, but there was no fuel to fly the planes,” the source said.