My Brothers, Don't Fight Or Kill Yourself Over Woman - Activist, Mustapha Gembu Reacts To Photos Of Late Taraba Governor's Widow With Her Younger Husband


Gembu stated this while reacting to photos of late Taraba Governor, Danbaba Suntai's widow, Hauwa with her much younger husband, Haliru Saad Malami. 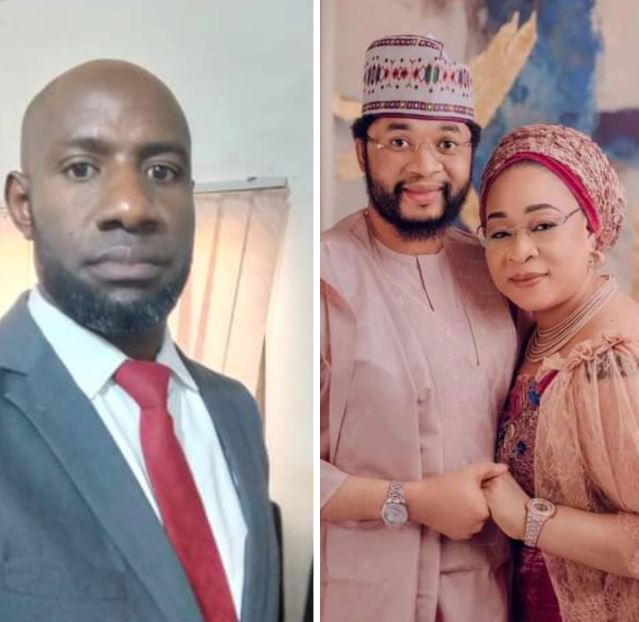 An Hausa social media activist, Mustapha Gembu has taken to social media to advise men to notto fight or kill themselves over women.

He urged men rather to fight to make money.

Gembu stated this while reacting to photos of late Taraba Governor, Danbaba Suntai's widow, Hauwa with her much younger husband, Haliru Saad Malami.

Suntai was involved in a plane crash in Yola in 2012 and was flown abroad for treatment. He died on 28 June, 2017, in Houston, Texas, United States, after battling with the impact of the plane crash which rendered him unable to perform any function.

"THIS LIFE NO BALANCE! My brothers don't fight or kill yourself over woman but fight to get rich in other to live large in life," Gembu wrote.

"As the family of the late governor Danbaba Suntai of Taraba state continue to mourn his dead, the wife, Hajiya Hauwa's life continues to move on sweetly, smoothly and sumptuously with her young and rich husband, Mr. Malami, younger brother to Hajiya Turai, late President Yar'adua's wife." 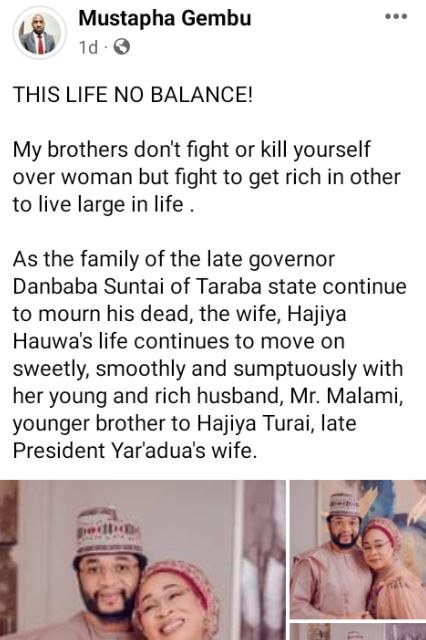