Popular Nigerian Entertainers Who Have Been Convicted Of Crimes


Some Nigerian celebrities have been convicted of different crimes before. These are some of those entertainers. 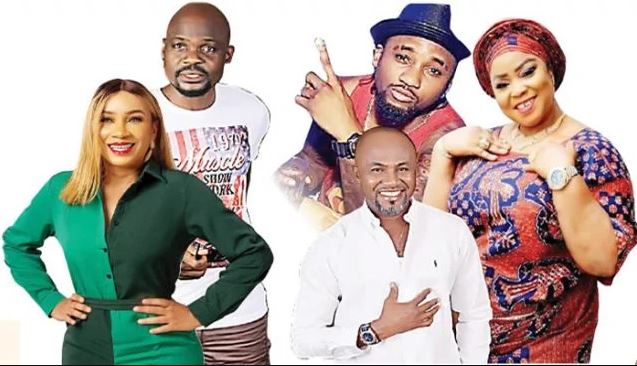 Without a doubt, it is clear that entertainers have a special place in the hearts of many because of what they do to entertain their audiences.

However, their popularity does not insulate them from getting into trouble with the law.

Actor, Olarenwaju Omiyinka, aka Baba Ijesha, was on Thursday, July 14, 2022, sentenced to 16 years in prison for sexual assault on a minor, who is the adopted daughter of comedian and actress, Damilola Adekoya, aka Princess.

The judgment was pronounced by Justice Oluwatoyin Taiwo of the Ikeja Domestic Violence and Sexual Offences Court in Ikeja, Lagos.

However, in an interview with Saturday Beats, one of Baba Ijesha’s lawyer, Bisi Oridate, stated that the judgment will be appealed.

Actress and a former beauty queen, Ibinabo Fiberesima, was sentenced to five years in prison by a Federal High Court in Lagos for causing the death of a medical doctor, Giwa Suraj, through reckless driving.

However, she was granted bail by the Court of Appeal sitting in Lagos in the sum of N2m and two sureties. This was pending the determination of her appeal at the Supreme Court.

In 2017, rapper, Babalola Falemi, aka Sauce Kid (Sinzu) was arrested and sentenced  to two years in jail in the United States of America for aggravated identity theft.

Sinzu was said to have stolen over 15 bank cards, encoded the bank numbers into blank cards, changed the PINs and withdrew cash from Automated Teller Machines. He also allegedly stole $15,388 from unsuspecting victims.

He pleaded guilty to the crime, which was described in the US penal code as ‘the unlawful taking of the property of another person or business, ranging from $1000 to $500,000’.

He eventually served his sentence in a federal prison and has since regained his freedom.

Actor, Uche Odoputa, was arrested by the National Drug Law Enforcement Agency in 2007 and jailed for two years and two weeks after he was found guilty of drug trafficking.

After his release from jail, he explained that financial challenges drove him to commit the crime. In an interview with The Punch, he had said, “I regret my actions. I was a growing brand and a lot of people were angered by my actions. I was disappointed in myself. I thank God I came out of prison as a changed person.”

In January 2007, popular actress, Taiwo Akinwade, aka Wunmi, was sentenced to three years in prison after she was found guilty of drug trafficking.

She was arrested by the NDLEA at the Murtala Muhammed International Airport, Ikeja, Lagos, as she was about to board a plane to London, United Kingdom, in September 2006.

She was initially remanded in the custody of the NDLEA cell where she later excreted 92 wraps of cocaine.

In January 2007, she was sentenced to three years in prison or to pay a fine of N1m.