Why I Jumped Queue To Vote – Ademola Adeleke Speaks 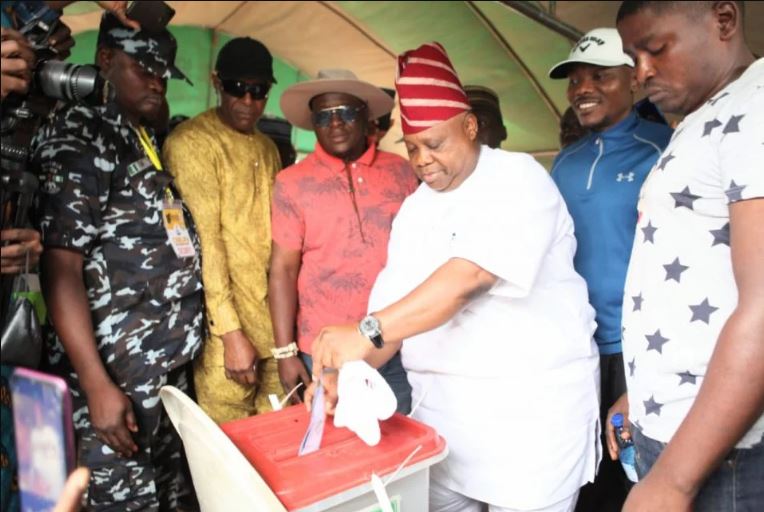 However, he has now justified why he jumped the queue at his polling units to cast his ballot on Saturday.

The PUNCH reports that the PDP candidate cast his vote at Unit 009, Ward 02, Abogunde/Sagba, Ede North in Osun state.

Fielding questions from journalists on why he jumped the queue to vote ahead of those he met at the polling unit, the former lawmaker said that happened because the people loved him.

“It was the people that invited me to come forward and cast my ballot. They asked me to step forward and go the front.”

Asked if that is how he will continue without “regard for the common man” when he gets to the office,  he said, “You can see me; I love my people. And that will not stop when elected,” he said.

On the election process and the Independent National Electoral Commission’s preparedness for the poll, he said the process was “fantastic”.

He said with the feelers he was getting across the state, calmness was the order of the day and he expects the situation to remain the same till the end of the electoral process.

On rumoured vote-buying by political opponents, he said the process was just starting and he hopes they would remain rumours.

“We want this election to be a point of contact for 2023. The whole world is watching us and this is going to be a test for us all. So, let Osun people decide who they want,” he said.