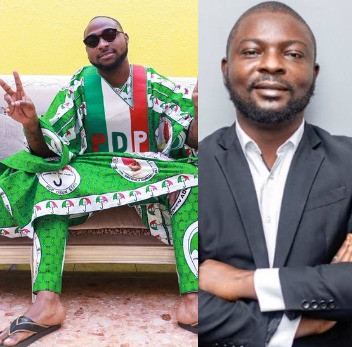 Nigerian musician, Davido has been accused of threatening Politician, Dada Olusegun.
Olusegun himself made the claim after both men engaged in a spat on Twitter over the recently conducted Osun governorship election.
While Davido supported his Uncle and PDP candidate, Ademola Adeleke, Olusegun who is a staunch APC member supported the incumbent governor and APC governorship candidate, Gboyega Oyetola.
Trouble started at about 7.30 pm on Saturday, July 16 when Olusegun tweeted that his preferred candidate, Oyetola was leading in the election.
Davido saw his tweeted and responded:
''Orie ti daru that’s y yo bitch ass was crying screaming bout they intimidating ur family u a real bitch for life !!!''
Olusegn fired back calling Davido ''OTE'' and Davido responded calling him a ''Bitch''
Things took a different turn when Olusegun mentioned Davido's father. Davido then responded, threatening to slap Olusegun whenever they see.
It was at this point Olusegun raised an alarm that Davido had threatened him with violence. 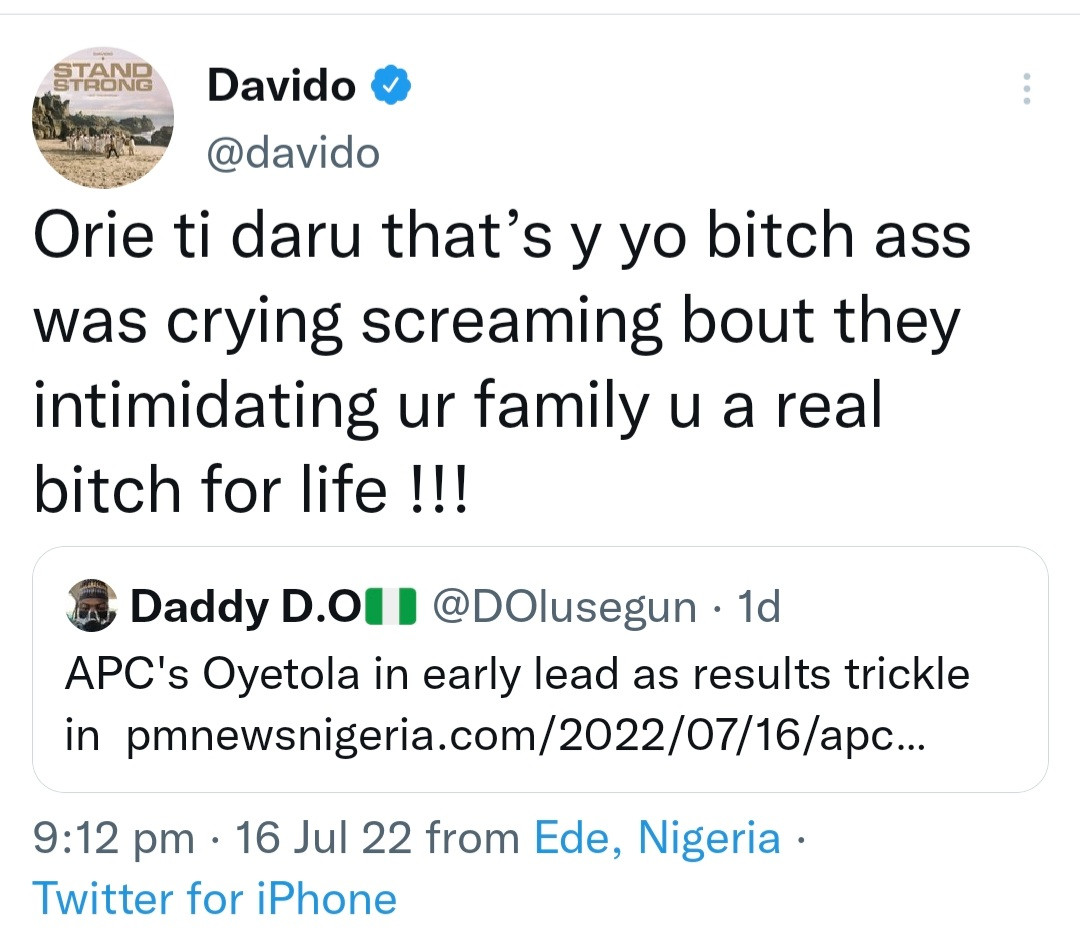 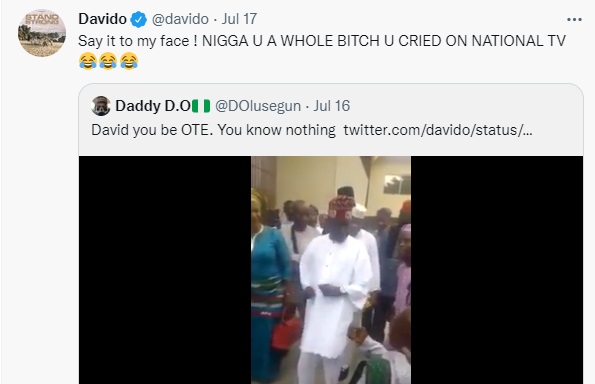 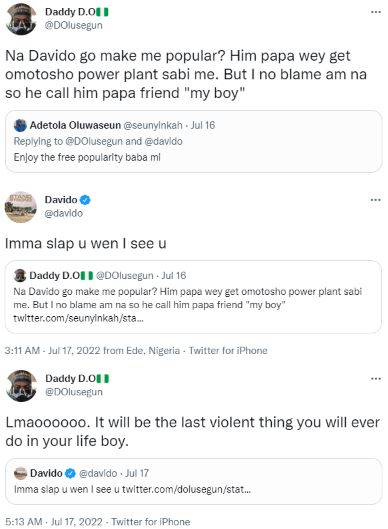 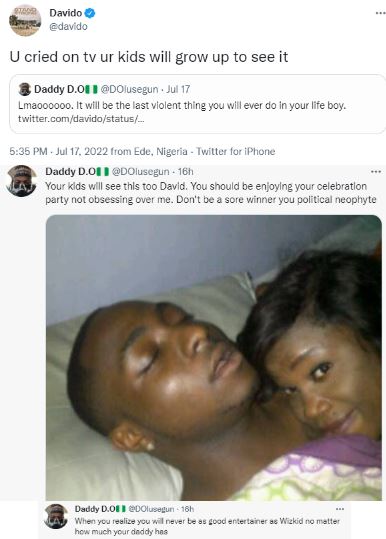 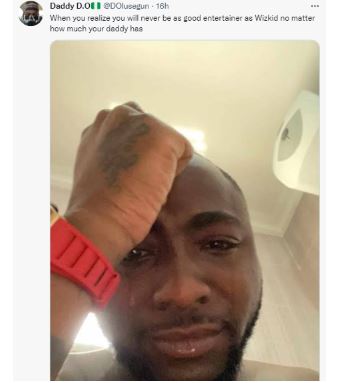 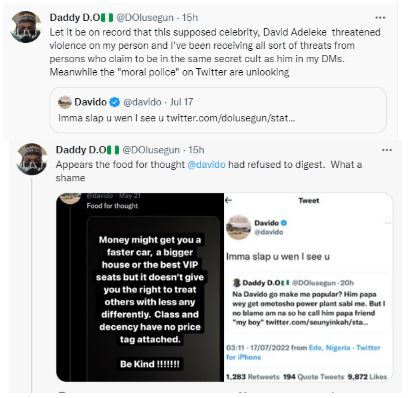