Police Officer On The Run After R*ping Prisoner


The police officer reportedly defiled the prisoner in the cell and threatened to kill her if she reports him. 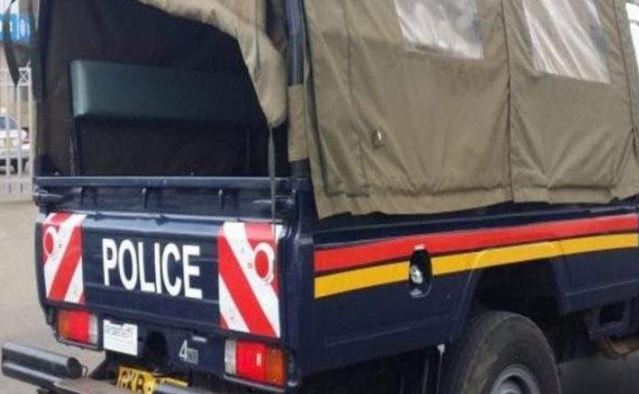 A police officer has been declared wanted for having unlawful carnal knowledge of a female prisoner in one of the offices at Kaimosi Police Station in Nandi County, Kenya, on Sunday, July 17.

K24TV reported that the victim was arrested on July 14, for the offence of child stealing and was detained at the station.

The station commander was on a routine cell visit, when the victim informed him of what had happened.

“The OCS immediately took her to the office and upon interrogation, she stated that the officer walked in the cell alone and told her that she was being called by the OCS, leaving behind the other three female prisoners.

“While armed with a rifle he immediately turned against her and ordered her to enter in a room next to the report office and forcefully removed her trouser and r*ped her.”

After taking her back to her cell, he warned that he would kill her should she reveal what happened.

“It was later established that the suspect was Constable Samuel Wanyonyi, who was a report office personnel and who took advantage after his colleague left the office briefly to attend to her sick child.”

The victim was rushed to the hospital for examination and treatment and was later issued with a police medical examination report, the P3 Form.