Osinbajo had undergone a surgical procedure on his leg due to recurrent pain. 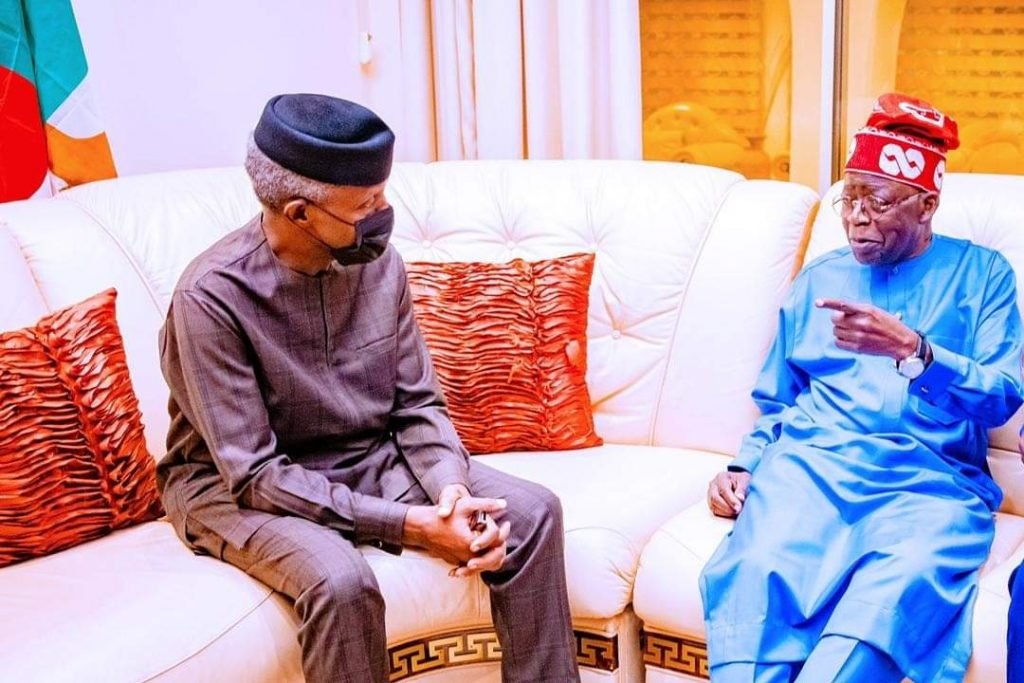 The All Progressives Congress, APC, presidential candidate, Bola Tinubu has sent a message to Vice President, Yemi Osinbajo after he underwent surgery.
In a message to Osinbajo, Tinubu wished him a speedy recovery.
Osinbajo had undergone a surgical procedure on his leg due to recurrent pain.
The pain is believed to have been sustained from injury while playing squash.
His spokesman, Laolu Akande, confirmed this in a statement on Saturday.
Reacting, Tinubu, who described Osinbajo as his “good friend” prayed for a quick and uncomplicated recovery from the surgery.
In a tweet, Tinubu wrote: “I wish my good friend @ProfOsinbajo a quick and uncomplicated recovery as he recuperates from his recent, successful surgery.
“May God Almighty grant him complete healing.”
Top Stories