The accused who currently resides in Greater Noida was arrested by Chandigarh Police Cyber Cell on Wednesday, July 20, 2022. 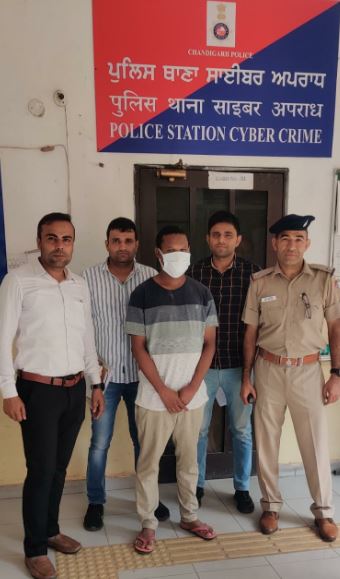 A 24-year-old Nigerian man simply identified as Gideon has been arrested in India for defrauding a woman of Rs 3.25 lakh (over N1.6m) on a matrimonial site after introducing himself as a physiotherapist settled in the USA.

The accused who currently resides in Greater Noida was arrested by Chandigarh Police Cyber Cell on Wednesday, July 20, 2022.

According to the police, the victim had uploaded her profile on shadi.com. The accused accessed the details about her from the matrimonial site, introduced himself as Amit Bedi and managed to trap her.

Police recovered two mobile phones, including a SIM card, more than 24 bank debit cards which were cloned, a cloning machine, and three laptops from his house in Greater Noida.

The accused was remanded in one-day police custody.

Police said that an unknown person from the airport authority called the complainant and informed her that her friend had arrived at Mumbai airport and had huge American dollars with him, so she has to deposit the tax on September 1, 2021. Police said that the victim deposited a total of Rs 3.25 lakh from her account.

The Cyber cell police station SHO, Inspector Hari Om Sharma, said the accused is one of the fraudsters involved in cheating Indian citizens through social media platform and matrimonial sites.

“The modus operandi of this case is that the fraudsters create their fake profile on matrimonial sites and show themselves from abroad. They contact people for marriage on matrimonial sites and start chatting through WhatsApp and try to get people to fall in love. After that, they say that they are coming to India to marry, call from an Indian number and claim as staff of the airport authority or income tax department," Sharma stated.

"Further, they tell the victims that the person is carrying a huge amount of American dollars which comes under the tax department and the tax amount should be paid in Indian currency and demand money. Due to which, the people fall prey to cheaters and transfer the money into a given account. The people are duped through fake accounts on matrimonial sites."