Amechi said a series of letters he had written to Buhari on the state of affairs in the country, including that of Nnamdi Kanu, were not delivered to the President. 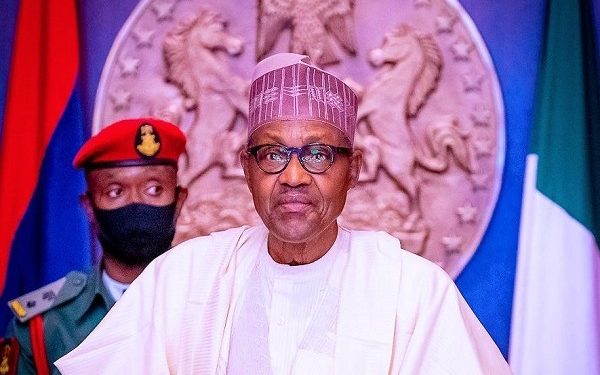 Chief Mbazulike Amechi, an elder statesman and second Republic Minister of Aviation, has talked about the Aso Rock cabals.

The man said cabals in Aso Rock are preventing the President Muhammadu Buhari from making rightful decisions in the management of the country’s affairs.

Amechi said a series of letters he had written to Buhari on the state of affairs in the country, including that of Nnamdi Kanu, were not delivered to the President.

The elder statesman stated these in his Ukpor country home in Nnewi South Local Government Area of Anambra State, on Thursday.

Amechi recalled that when he led a delegation of Igbo elders to Buhari and requested him to release Kanu to the Igbo elders on political grounds, Buhari himself agreed and demanded that they should go and put the request in writing.

He said, “The people around the President are not allowing him to make rightful decisions and that is why the country is in a bad shape at the moment, but God is raising a new generation of leaders.”

He lamented that he was shocked and still remains shocked that after writing the letters and sending it across to Buhari for his perusal and immediate action, nothing has been heard about it till date, which suggested to him that the President may have been forced not to take action on the letters by the same cabals who had sworn that Kanu would not be released.

He also recalled that shortly after Kanu’s arrest, he wrote an application to pay a visit to Buhari but the same cabals did not show him the application until somebody met Buhari in Paris, France and asked him whether he saw the application and he said “no”.

He, therefore, urged Buhari to demand the letters from his aides, swallow his pride, ignore the antics of the cabals and act on them appropriately.

According to him, the Igbo elders, led by his humble self have assured him that Kanu’s release will not only douse tensions but also restore normalcy in the country, just as the late President Umaru Musa Yar’Adua handled the Niger/Delta issue and secured the country from further chaos during his regime.

Amechi also expressed sadness over the poor state of affairs in the country, saying that as the last surviving second republic elder statesman, he cannot continue to watch as things continue to decay.

He described the 2023 general elections as an election that is capable of determining the continuous existence of the country and must be given every attention it deserves.

Amechi said, “As I lie down in my bed, meditating and navigating the quiet sea of 94 years, tears rolled down my cheeks that my President, a man who has so much regard and respect for me will be diverted not to trust me and grant me the one single request which I made in my capacity as about the only surviving co-founder of this great country, which is the release of Kanu.”

On the state of affairs, the 94-year-old patriot said a third force is springing up which appears that God now wants to openly act and save the country from anarchy.

He said, “To me, the two most potent and current issues in the country now are the coming presidential election and the growing spate of insecurity in the country.

“On the elections, I am no longer a politician but I cannot keep dumb when I see the country which I gave my whole youth and blood to co-found being pushed to an irretrievable pit of disintegration and anarchy.

“Since the operation of the military imposed constitution in 1999, two major political parties have ruled the country and both parties have goofed in the selection of their presidential candidates and their running mates. The nation has sunk into the stinking catacomb of corruption, looting, religious and tribal bigotry.

“It would appear that the emergence of Peter Obi and Datti Baba Ahmed ticket is an opportunity which God has given to the long suffering people of Nigeria to save and take back their country which has been economically and politically raped for many years.”

On the Muslim-Muslim ticket, he said, “The position is this bad for the poor Christians now that we still have Muslim/Christian presidency. You can imagine what will happen if Nigeria is said to have elected a Muslim/Muslim presidency in 2023.”