Responding to Atiku's claims, Sowore said the PDP Presidential candidate failed to address how $16b was used to procure darkness. 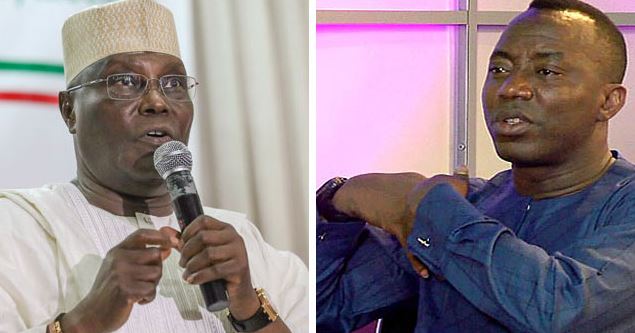 Recall that shortly after Atiku tweeted about the national grid collapsing for the sixth time this year days ago, Sowore said Atiku was the vice president when his principal, former President Olusegun Obasanjo, budgeted $16 billion to revive power but with nothing to write home about.

''The National Electrical grid collapse started when you and Obasanjo invested $16 billion to procure darkness for Nigeria, the @MBuhari regime came to gazette grid collapse as a law. Alhaji @atiku, don't pretend that you care about the National Grid! #WeCantContinueLikeThis.'' 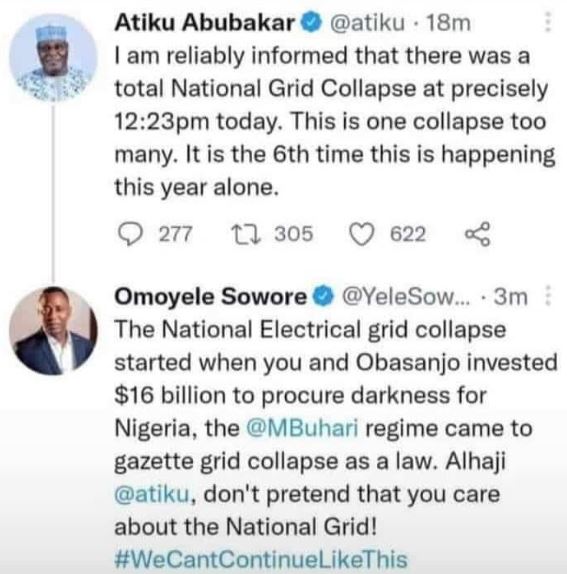 Atiku who responded to the AAC Presidential candidate's claim in an interview on Arise TV, said Sowore lives outside Nigeria and comes only after four years to contest election.

The PDP presidential candidate also added that Sowore knows nothing about policy implementation or even the policy initiative.

“He is my opponent, what do you expect him to say? He has all along lived outside this country. He doesn’t even know the policy implementation or even the policy initiative. When we came in, the total generation was about 4,000 megawatts. We initiated the building of nine additional power stations. By the time those nine were finished, the capacity has gone up from 4,000 to 13,000 megawatts.

“These additional nine power stations were completed by Jonathan. Umaru Yar’adua was on it. He died and Jonathan continued and he completed them. That is why any time there is an increase in the power generation and then you’ve the transmission system that cannot evacuate power, there will be a collapse.

“So, he (Sowore) doesn’t even know, because he lives outside this country. He comes after every four years and contest for the presidency and goes back. He fails and goes back again. So, what does Sowore know about this country? Nothing; absolutely nothing.”

Responding to Atiku's claims, Sowore said the PDP Presidential candidate "failed to address how $16b was used to procure darkness".

''Dear @atiku, I watched a clip of your @ARISEtv  interview this morning wherein you were asked about my view on power scam under your regime, you failed to address how $16b was used to procure darkness instead you claimed “he doesn’t even know,” well these are some things I know

You ran for office for the first time in 1992 as a presidential aspirant of the SDP, I also ran for the post of the SU President of the UNILAG, you lost , I won. You left, I stayed, to deliver democracy to Nigerians.

I then left for the US in 1999 at the age of 28. You went on to become the VP of Nigeria, you left Nigerians in darkness after spending $16billion on power, I stayed with Nigerians, shining light on the mess you and your boss created in that sector. You left, I stayed!

After your failed plan to succeed your boss (Olusegun Obasanjo) who wanted a third term in office, I stayed to botch his third term bid. You, however, joined another political party and tried your luck, you left after you couldn’t win. You left, I stayed.

Since 1999, you have lived in about 5 countries outside of Nigeria. I know this because your IP keeps changing the same way you kept changing political parties. We both contested in 2019, it was my 1st time contesting, but after the elections, you left, I stayed. I’m still here!

You’ve done your rounds from SDP- UNCP- PDP- ACN-PDP- APC back to PDP, you have never done anything for the Nigerian people, you’ve only taken care of your needs and those that benefit your family, cronies, and friends. It is time to quit and let Nigeria experience electricity!

My question again, is this; what happened to the $16billion dollars released for electricity during your tenure as Vice President?'' 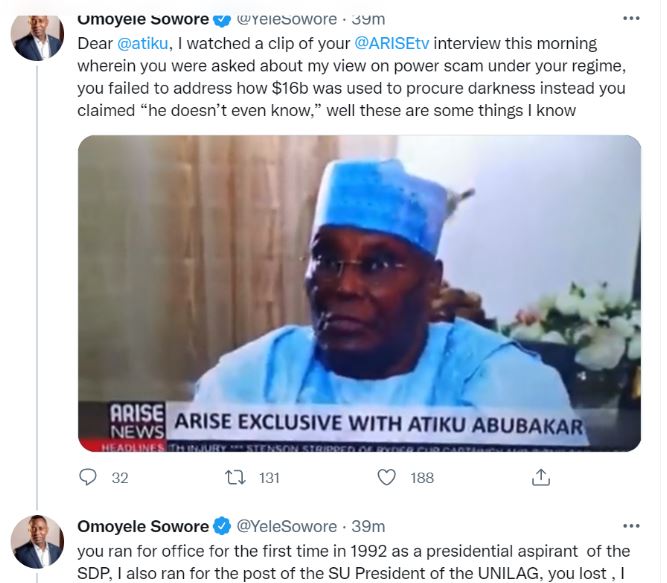