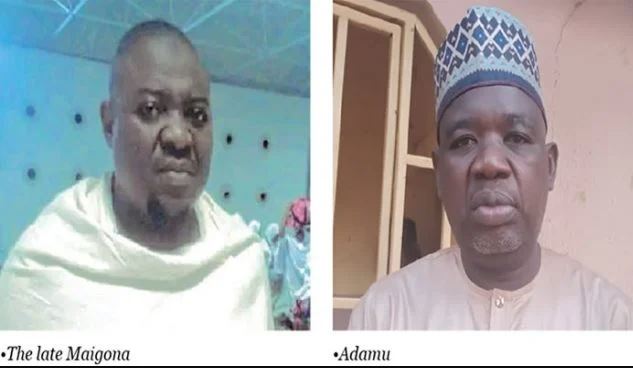 Sheikh Abdulrahaman Maigona, an Islamic cleric and board member of Gombe State Muslim Pilgrims Welfare Board, died on July 14, 2022 in Saudi Arabia.

The man died shortly after performing this year’s hajj.

What was your relationship with Sheikh Abdulrahaman Maigona, who died during this year’s hajj in Saudi Arabia?

My name is Babangida Adamu. I am a former Chairman of the Nafada Local Government Area of Gombe State. The late Abdulrahaman and I were close friends. Our friendship started over 30 years ago when we were just children. We were in Bauchi State for more than 13 years before coming back to Gombe. I was very close to him because his mother is a friend to my mother and even his late father was close to my father. Shortly after I married my wife, he also married in the same year. Religious activities also brought us together. Mallam Abdulrahaman was a committed Muslim; he was a man of God.

In what circumstances did he die in Saudi Arabia?

On Sallah day, he phoned from Saudi Arabia to greet me. I observed that his voice sounded faint; it was not as loud and clear as before. On asking if he was fine, he told me he was suffering from catarrh and fever, then I wished him quick recovery. He told me that he went to Saudi Arabia clinic but they told him they didn’t know about malaria in the country. He said he was advised to go to the hajj camp hospital in Saudi. At the hajj camp hospital, he was given anti-malaria drugs, which he said he used and felt better.  We talked in the night. But the following day, someone called me from Saudi Arabia and after confirming my identity, the person told me to be strong, that my friend had passed on.

What was your reaction on being told that?

I was in shock. I burst into tears and my body shook because I was not expecting that kind of news. I spoke to Mallam Abdulrahaman only a day before; we discussed on the phone, so, I wasn’t expecting that sort of news. Even before leaving Nigeria for Saudi Arabia, he came to my house and we spoke about the trip.

Immediately he arrived in Mecca, he called to tell me that he had arrived in the holy land. He said, “Hello, Mallam Babangida, I have just arrived in Mecca successfully and I’m performing my lesser hajj, the ummrah.” I prayed for him for the successful completion of the exercise and that Allah would bring him back in one piece. I was really shocked to receive the news of his death.

How was the news of his death broken to his family and how did they receive it?

It was sad news seriously. I called his younger brother, Lolo, and broke the news to him. I then instructed him to go and tell his family. When he arrived at their family house, he didn’t tell them directly. He just brought out mats and spread them outside the family house. He sat there and people who had got winds of the incident started coming to the house to confirm if it was true and to condole with the family. That was how the wife and other family members got to know that Mallam Abdulrahaman was no more.

Why was he buried in Saudi Arabia instead of being brought back home?

The death occurred around 11.30am on Thursday. Well, for us, as Muslims, there is no other holy land greater than Saudi Arabia, because of its historical significance. It is believed that Mecca is the holiest land in the world. I think even if the Sultan of Sokoto dies in Mecca, he won’t be brought back to Nigeria because we believe it is the holy land of Prophet Mohammed (SAW), who brought Islam. Every Muslim that dies in Saudi Arabia will be buried there; it is the Islamic tradition.

Who took care of the burial expenses in Saudi Arabia?

It is the Government of Saudi Arabia in collaboration with the officials of the National Hajj Commission of Nigeria, particularly the Gombe State Muslim Pilgrims Welfare Board. Actually, the expenses of the burial belong to the Saudi Arabia Government because it is an Islamic government. Everything, including administration, is based on Islamic doctrine.

Will his family be able to visit his grave in Saudi Arabia if they wish to?

Yes, of  course, but I can’t identify it unless upon my visit to Saudi Arabia and I go to see the entire graveyard, but I won’t be able to know the exact one that is Abdulrahaman’s, because of the number of graves there.

Is there any spiritual significance for a Muslim to die in Mecca during hajj and be buried there?

It is very significant. As Muslims, whenever we are praying, we assume that we are facing the Kabah. So, if someone dies in Mecca, spiritually the gift is high; it is no small gift from God to die in Saudi Arabia and be buried there. This is because we believe Mecca is a spiritual and clean land. If you pray in Mecca, the reward is in 700 folds.

How old was Mallam Abdulrahaman?

How many wives and children did he leave behind?

He has one wife and seven children – three girls and four boys. He lost his first wife about three months back before he went to Mecca. I was the one that insisted that he should remarry before going (to Mecca). His initial plan was not to remarry until his return from Mecca but I advised him to remarry before going, so that his new wife would look after his children while he was away in Saudi Arabia. He took my advice and remarried. That was just about a month ago and the marriage had been blissful. She is a good wife. In fact, when leaving for Saudi Arabia, Mallam Abdulrahaman praised his new wife and said he was lucky to find another good woman. He said he loved the first wife and this current wife has also been playing her motherly roles well. He really appreciated the wife.

What kind of a person was he?

He was a peace-loving man; he was an Islamic cleric of high repute; he was devoted to the teachings of Islam. I learnt a lot from him. I can ascribe a lot of the knowledge I have gained to him. He taught us the Tehsil and Hadith because he was grounded in these areas.

The vacuum that the demise of Mallam Abdulrahaman has created in our friendship, and in the family is a huge one, very difficult to fill. He was a complete gentleman. He was religious, courageous, he was everything good and outstanding. His family and mine are practically the same.

Mallam Abdulrahaman’s family and mine are the same. I was in Abuja when I heard about his demise, but I left everything and came down to be with his family. His children are also my children, that is why I’m here. It is about six days since his demise but I’m still here to show the family that I’m with them. Now that they have lost their father, we are going to represent him and any assistance that he is supposed to give them, we will ensure they get it.