Previous seasons of the show have produced superstars in the entertainment industry, who are still keeping fans glued to their screens. 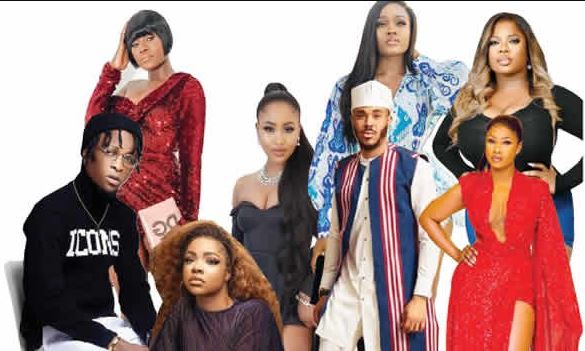 Fans are now very excited as the seventh edition of the Big Brother Naija is set to begin on Saturday, July 23, 2022.

Previous seasons of the show have produced superstars in the entertainment industry, who are still keeping fans glued to their screens.

As a new season begins tonight, The PUNCH highlights how former Big Brother Naija housemates are keeping fans entertained even after their season has passed.

There are a plethora of Big Brother stars that have made it into the acting industry, with quite a number doing well too.

During the sixth season, the National President of the Actors Guild of Nigeria, Emeka Rollas, had stated that Nollywood was not a dumping ground for evicted housemates.

However, some housemates have shone in the acting industry while others have also appeared in a few scenes.

Asides actors, the show has also produced singers who have thrived in the Nigerian movie industry.

However, many of the singers from the show were into music before BBNaija brought them to the limelight.

Some winners of the show like Efe (season 1), Laycon (season 5) and Whitemoney (season 6) have released quite a number of songs after winning the show.

On awards, Whitemoney had once stated that he’ll win the Grammys while Laycon had expressed disappointment over Headies snub.

Other housemates like Vee Iye (season 5) and Bisola (season 2) have also tried out their hands in music.

Brand ambassadorship and influencing can be said to be one of the most popular ventures that BBNaija stars are involved in.

While on the show, some BBNaija stars were already bagging ambassadorship deals from the show sponsors.

Though most of the past housemates are on this table, some have proven to be a badass in the game.

The BBNaija platform has also produced stars in the broadcasting media who are doing well in show hosting, TV and radio presenting, and event compering.

The six-time host for the BBNaija show, Ebuka Obi-Uchendu, was once a housemate on the first season of the show.

Aside from Ebuka, other hosts of events from BBNaija include Vee Iye (season 5), Saskay (season 6), Ozoemena (season 5) and few others.

The seventh season begins on Saturday night and there are several ways to watch the show.