Oh No! PDP Chieftain Killed By Gunmen Dressed In Military Camouflage In Bayelsa


The 53 yrs old deceased, was an administrative officer in the State Civil Service, a member of the Peoples Democratic Party (PDP) and Secretary, Okordia/Zarama Cluster Development Board. 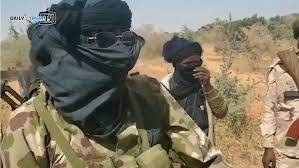 Odeinyefa Ogbolosingha, a youth leader and chieftain of the People’s Democratic Party in Bayelsa State, has been shot dead.

He was killed by some unknown gunmen dressed in Military Camouflage on Friday, according to Daily Post.

The 53 yrs old deceased, was an administrative officer in the State Civil Service, a member of the Peoples Democratic Party (PDP) and Secretary, Okordia/Zarama Cluster Development Board.

He was reportedly killed a few hours after taking his sick wife home from the hospital.

DAILY POST, gathered that the incident, which occurred along the mechanic village area along Edepie-Imiringi road in the state capital at about 2pm, led to pandemonium in the area as angry youths attempts to create a blockage and slow down the escape of the assailants failed.

Some of the residents, who spoke with DAILY POST, expressed concern over the increasing cases of violent killings and kidnapping perpetrated by gunmen dressed in military uniforms and tinted cars.

DAILY POST, also gathered that the gunmen, who were three in number and dressed in military uniforms and wore masks entered Imiringi road by the block industry street and shot their victim in the head and other parts of his body at close range.

His assassination may not be unconnected to the raging communal crisis in his community in Kalaba in Okodia/Zarama area of the State where the Paramount ruler and the Community Development Committee (CDC) chairman was brutally murdered last month over refusal to concede to the setting up of an illegal refinery in the area.

The traditional ruler of Kalaba community in Yenagoa Local Government Area of Bayelsa State, Francis Kolubo, and her Community Development Committee (CDC) chairman, Samuel Oburo were brutally murdered in June over their alleged refusal to allow illegal bunkering activities in their community.

A security source told DAILY POST that there is a recommendation before the State Government calling for a quick resolution of the crisis consuming the Kalaba community to avert more violent deaths, ”Some names were mentioned in the Kalaba crisis and the state government have been told to intervene to stop the killings. It is enough.” the source said.

The Spokesman of the Bayelsa State Police Command, Asinim Butswat, who confirmed the development, stated “Police operatives responded to a distress call at about 1400 hours on Friday 22 July 2022, that armed men shot on Odeinyefa Ogbolosingha at his residence at Imiringi road, Yenagoa. The victim was rushed to the Federal Medical Centre Yenagoa for treatment but was confirmed dead. Investigations have commenced”.