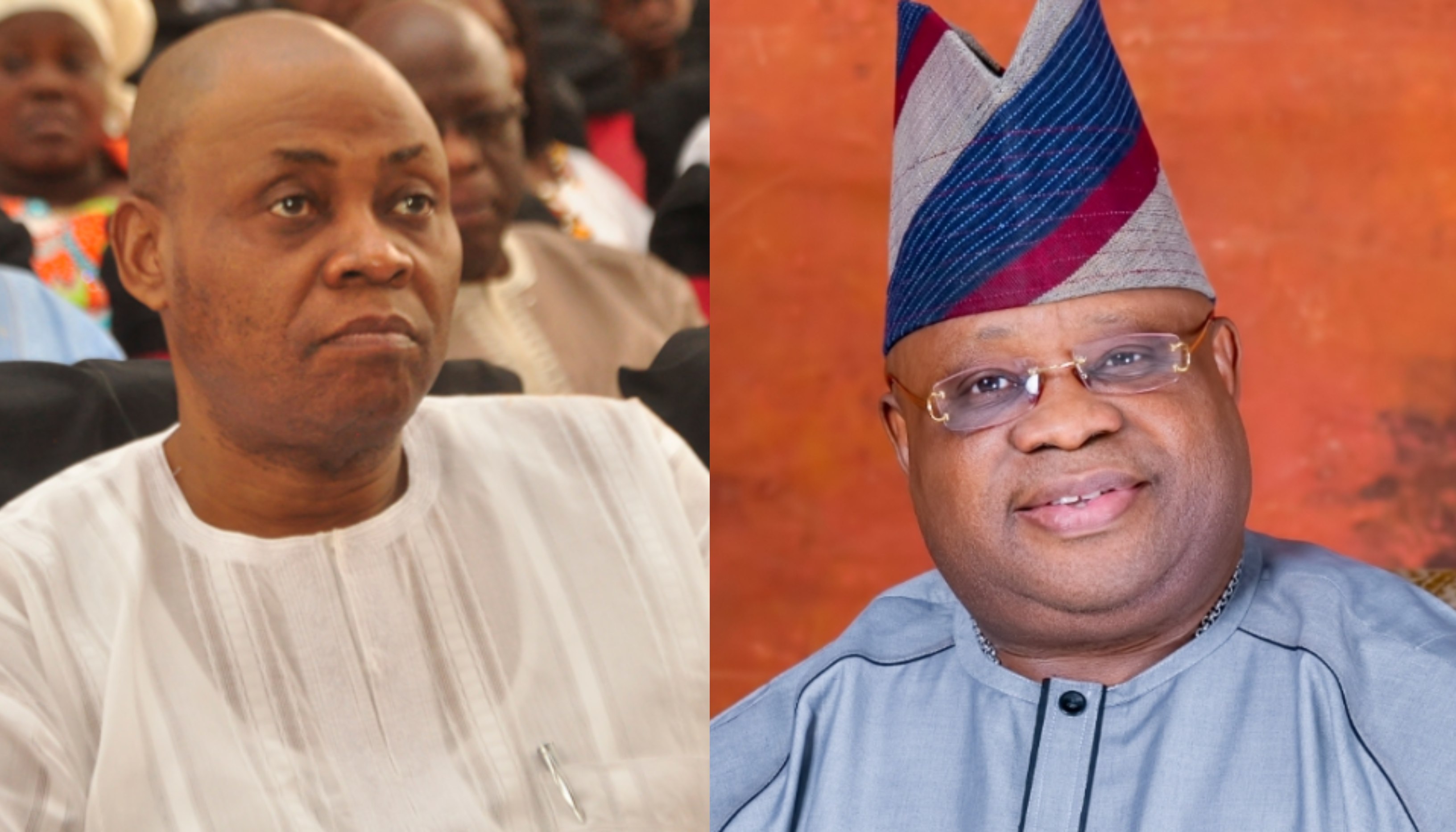 The Pro Chancellor, Adeleke University, Dr Deji Adeleke has sent a warning to his brother, Senator Ademola Adeleke.
According to Deji, he will expose the Osun state’s governor-elect if he derailed from the development agenda promised the people.
Speaking at the 8th undergraduate and 4th postgraduate convocation of the University, the business magnate, the governor-elect has no reason to fail the people that trusted him with the mandate.
He added that he has counselled him (Ademola) and his team that anyone whose interest is to steal state resources must be allowed to make the cabinet.
His words: “I told the governor elect (my brother) and his colleagues that they are lucky because they do not have any godfather to refund any money to, so whatever people contributed for the election is contribution and it’s a sacrifice for a better Nigeria, for a better State, so the governor-elect and his colleagues are not under any pressure, the only thing they need to do out there is to go and serve the people.
“And I threatened them that I will be the first to call the press conference if I see things going wrong with his government, I will be the first to alert the world that your governor has derailed. I’ve also told him and his team not to allow anyone that is not ready to serve, anyone that his focus is to come and look for money to steal from the poor people (Osun is a very poor state) into the team”.
Watch the video below;
Top Stories