The boxer was paired by his coach to defeat the boxer before the tragedy. 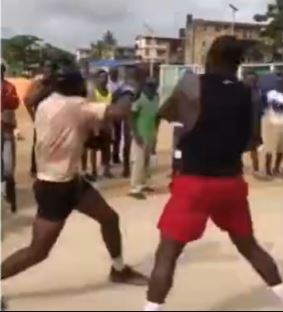 A young Nigerian boxer who was paired for a fight with a boxer above his weight has reportedly passed on.

The boxer was paired by his coach to defeat the boxer before the tragedy.

Instagram user @no_mercy_122 who shared clips of a fight the young boxer participated in, wrote;

You’re a warrior a king I will always remember you! @activeboxer1 you’re not dead your presence is just missing.''

An eyewitness who reached out to LIB also gave the name of the coach as Alfa.