Reactions As Gbajabiamila Attends US College Amid ASUU Strike


Twitter users took to the microblogging platform to lambast the Speaker for schooling abroad while Nigerians universities are shut. 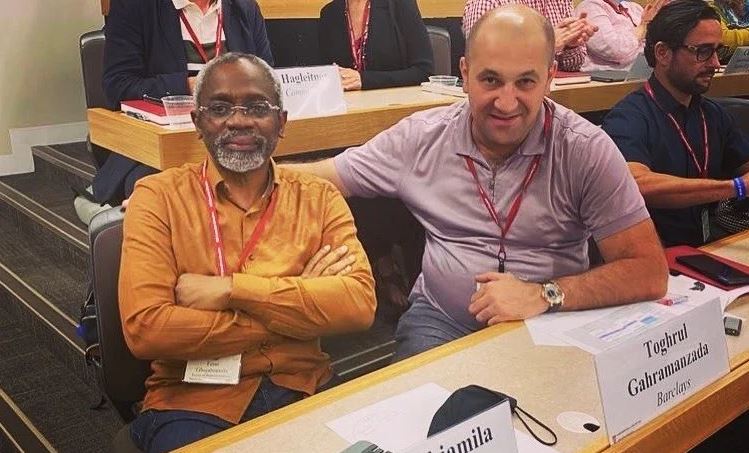 Social media users have taken a swipe at the Speaker of the House of Representatives, Femi Gbajabiamila for resuming studies in a university in the United States of America amidst the ongoing strike action by the Academic Staff Union of Universities, ASUU.

Academic activities in public universities in Nigeria have been shut down for close to 162 days.

ASUU had on February 14, 2022, announced the commencement of industrial action following the failure of the government to meet some lingering demands of the union.

Gbajabiamila had on Tuesday tweeted via his verified Twitter handle, @femigbaja that he had gone back to the Harvard Kennedy School.

“Back to class. In a leadership course @havard @Kennedy_school. Forget the number of grey hairs, one is never too old to learn.”

Commenting on the development, a Twitter user @Santos tweeted, “Sir? What is your take on the five months ASUU strike in Nigeria as the leader of law-making arm of Nigeria govt? The university students have being at home for five months.

“Do you honestly think that showing us pictures your Harvard lecture class is the best at this moment?”.

Another Twitter user, Halidu Adamu, tweeted, “The irony. These guys are completely desensitised. Tweeting about attending classes in a foreign university while ours at home have been locked for months. ASUU needs to wake up and smell the coffee, this action is not leading anywhere constructive.”

Another Twitter user, Akintunde Babatunde, also tweeted, “ If universities in the USA were to be on strike, how will you be able to experience a working system? Walk around and see how basic things works in a normal university? Let’s hope you’ll return and use your influence to make our educational institutions work.”

Under the tenure of Gbajabiamila as the speaker of the house of reps, ASUU embarked on strike for close to 12 months, nine months in 2020 and close to six months in 2022.