The suspect allegedly defrauded an elderly woman he met on the dating app Tinder of R2 million. 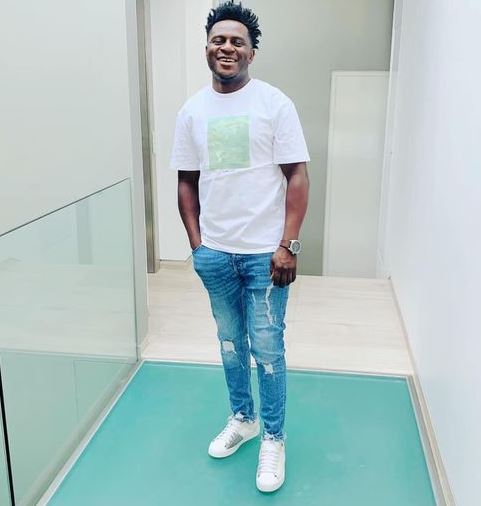 The Stellenbosch Magistrate’s Court in Cape Town, South Africa has arraigned a 30-year-old Nigerian man for his involvement in a romance scam on Monday, July 25, 2022.

He was arrested last week Wednesday in Northgate Mall in Roodepoort, Gauteng before being brought to Stellenbosch.

He allegedly pretended to be an American engineer by the name of Larry Cole. Once Esosa had developed a relationship, he made up a story about why he needed money. The victim subsequently parted with R2 million over a six-month period.

He faces charges of fraud and money laundering. He was the subject of a multi-disciplinary investigation led by Captain Bernard Adams of the Stellenbosch Detective division, John Alexander, lead investigator at Royal Investigations and Sergeant Allister Marajh at Stellenbosch Vispol division.

"Our investigation led us to Northgate Mall in Roodepoort, Gauteng where we arrested Esosa. The Stellenbosch Detectives played a pivotal role, especially Captain Bernard Adams and Sergeant Allister Marajh. Immediately after the suspect was arrested he attempted to bribe the arresting officers with R500 000.00 for his release."

He added that they found a BMW key in his possession which led them to a expensive sports vehicle in the parking area. Esosa again offered the vehicle to the officials to secure his release.

"Unfortunately for him we still have honourable police officials who cannot be bribed,” said Alexander. The suspect failed to provide a reasonable explanation as to how he acquired this expensive vehicle. A decision was taken to seize the vehicle subjected to further investigation.

Esosa made a brief appearance in the Randburg Magistrate’s Court on Friday last week where the police secured a transit warrant to transport him to Stellenbosch.

According to the private investigator, Esosa is part of an organised crime group targeting vulnerable women who are simply looking for companionship.

"They live a lavish lifestyle with proceeds of crime, and they have never worked an honest day in their life," he said.

Alexander had been at the forefront of numerous romance scam cases, and has developed a blueprint on how to track and trace these scammers.

He also believes that Esosa is part of the criminal organisation called 'Black Axe.' He said the organisation has a stronghold in Johannesburg, and their modus operandi consists of romance scams also known as 419 scams.

"Royal Investigations has a host of information we gathered throughout our investigation to suggest Mr Esosa is indeed involved, if not one of the masterminds behind the Black Axe syndicate. He should face the full brunt of the law and all the assets he acquired through proceeds of crime should be forfeited as restitution for the victim.''

“Suspect appeared in Stellenbosch Magistrate’s Court and the case was postponed for bail application next week.”