Senators Walk Out On Lawan Over Failure To Impeach President Buhari


Aduda and some other senators of the Peoples Democratic Party then walked out of the plenary. 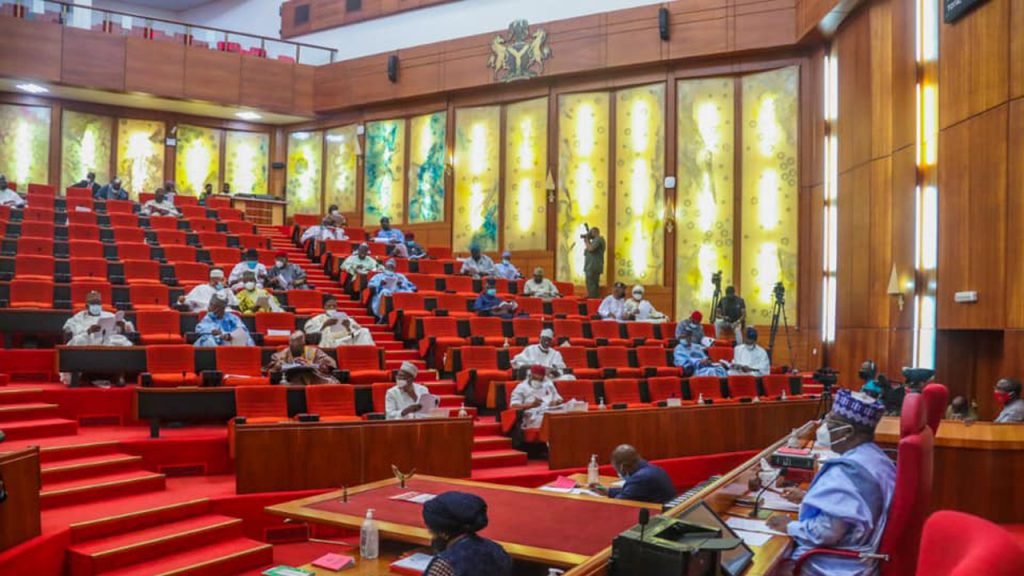 Nigerian senators have walked out on the Senate President, Ahmad Lawan over failure to impeach President Muhammadu Buhari.
The incident happened on Wednesday.
According to Punch, the walk out happened after Lawan allegedly refused the Minority Leader, Senator Philip Aduda, to allow them to lead the motion on the impeachment of the President Muhammadu Buhari.
Aduda and some other senators of the Peoples Democratic Party then walked out of the plenary.
It was learnt that some lawmakers that were displeased with the worsening security situation in the country had threatened to impeach the President.
It was learnt that at the commencement of the plenary on Tuesday, the lawmakers questioned the Senate President, Ahmad Lawan, on why the issue of insecurity was not in the Order Paper.
Top Stories