The minister, who didn’t disclose when the national carrier would start its operations, said the company would begin with three aircraft. 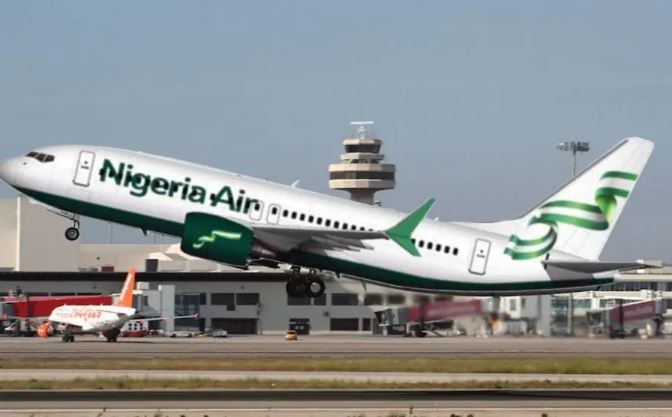 An approval has been given to Nigeria Air by the Federal Executive Council (FEC) to lease aircraft to start operations.

The Minister of Aviation, Senator Hadi Sirika, announced this Wednesday while briefing State House reporters after the federal cabinet meeting presided over by President Muhammadu Buhari at the Council Chambers of the Presidential Villa in Abuja.

The minister, who didn’t disclose when the national carrier would start its operations, said the company would begin with three aircraft.

Sirika said Nigeria Air was open to investment from any of the country’s airlines, particularly the 51 per cent shares set aside for Nigerians.

Asked about the number of aircraft the government was planning to lease and when the airline would likely to take off, he said: “On how many aircraft, I have said in our business plan, in the outline business case which is approved which are presented right here in this hall, I said that we are starting with three aircraft, for the first instance, to do the runs and then we progress.

“As to the make and type, we will be having eventually a mix of the two, the Air Buses and the Boeings. Because every airline that grows big is either or, most of them are either Air Bus or they are Boeing, especially for the Intercontinental and international flights. And this will start as domestic airline. And then it will of course grow to become regional and international also intercontinental. On timeline, is a process we’re progressing. We will announce the commencement date soon.”

On how the national carrier would survive the current challenge in the aviation sector, the minister said: “On the question of how we’re going to pull this through with the hiccups the aviation is facing, well, certainly it is a global phenomena. Of course, I’m very sure you are abreast with the going on around the aviation industry. But suddenly, it’s not here forever.

“Of particular reference, yesterday all of you were present when we discussed with the Airline Operators of Nigeria (AON) as to the challenges we’re facing in terms of Jet A1 availability and of course pricing, which is 40% of the operations of the airline. We’re finding solutions to those problems and the cost of funds also is being attended to and so on and so forth. So, yes, we will get there. And it’s doable and by God’s grace.”

Sirika, who was asked if the government was considering the possibility of using the aircraft of companies now under the care of Assets Management Company of Nigeria (AMCON), said: “On engaging Aero Contractor, Arik, and the rest of them. Aero contractors at the moment, they have on their own chosen to shut down to rejig the airline internally. We are open to any person. By the way, the structure of outline business case as you’re aware there is 51% Nigeria. So, that 51 percent maybe taken by Nigerians, be it Arik, Azman, be it anybody or even yourself.

“So, you’re open to come and join. We don’t expect to exclude anybody that will come. Of course, anybody coming to join has to go through full due diligence to avoid all encumbrances. Air Nigeria is not known to law, what is known to law is Nigeria Air.”

The minister had unveiled Nigeria Air at the Farnborough International Airshow (FIA), the biggest air show in the world in 2018, but the takeoff of the airline has missed several targets set by the Federal Government.

Recently, the Federal Government appointed an interim board of the airline headed by Capt. Dapo Olumide, a renowned aviator and former Managing Director of the defunct Virgin Nigeria.

Numbered, NCAA/ATR1/ATL214, the licence was presented by Director General of the NCAA, Capt. Musa Nuhu, to interim management of the airline in Abuja.

An ATL certification is a document, which states the type of operations a carrier would embark on within and outside Nigeria, ahead of the Air Operator’s Certificate (AOC) that is already at the advanced stages.

However, the Air Operator’s Certificate (AOC) which would empower the airline to operate scheduled flights is yet to be obtained.