Amusan broke the 100m hurdles record with a stunning semi-final time of 12.12secs to erase Kendra Harrison’s 2016 effort by 0.08secs. 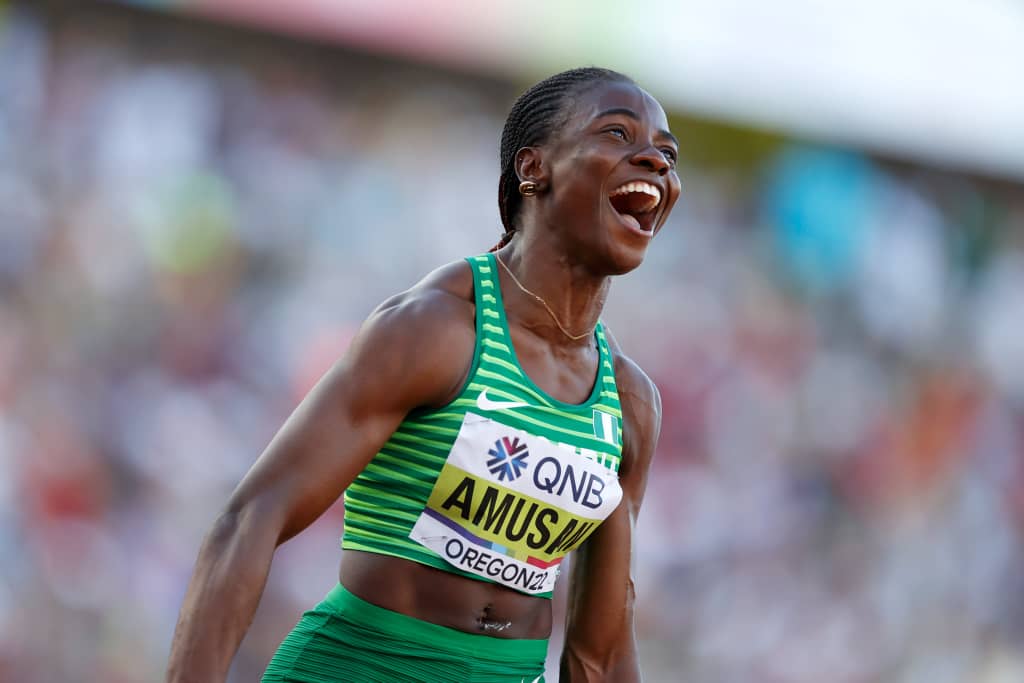 Nigerian men have taken to social media to woo, new world record holder in the 100m women’s hurdles, Tobi Amusan.
Following her feat at the just-concluded World Athletics Championships in Oregon, the star has received many love declarations from Nigerian men on social media ready to walk down the aisle with her.
Amusan broke the 100m hurdles record with a stunning semi-final time of 12.12secs to erase Kendra Harrison’s 2016 effort by 0.08secs and even ran faster in the final – but her 12.06secs was ruled ineligible by an illegal tailwind.
Prior to her feat in Oregon on Monday, the athlete had less than 3,000 followers on her Twitter handle, but her followers suddenly spiked to over 80,000 followers as of Wednesday evening.
While several congratulatory messages poured in for the new champion, some men took the opportunity to profess their love for the Nigerian hurdler.
Among them is a user with the name AWL, who wrote, “Tobi do you remember me? We sat together in primary. I’ve always had a crush on you, text me.”
Seyi Pounds added, “Congratulations baby girl!!! If I knew you will break this record, I swear I wouldn’t break up with you!!! Can we start over again please?”
Another Twitter user Real_MMs said, “Na girl wey get World Record I wan dey follow now. New babe Tobi Amusan.”
However, Damilare John lamented previously ignoring the new queen.
“If there was any mistake I regret making and that is the fact that I never pay so much attention to you and I will forever regret that. I love you so much and I hope we can start the journey of love together.”
“I beg everyone to please leave my wife alone,” Femi tweeted.
Dreynation insisted that Amusan needed a man like him.
“She needs a superman like me,” he wrote.
Another suitor Seyi Alao claimed to be the champion’s ex-boyfriend.
He said, “Hello Tobi, it’s your ex-boyfriend back in Ijebu Ode.”
Gabriel_The_Don wrote, “Tobi my crèche schoolmate, congratulations. Hope you remember how our friendship used to be the best back in Kindergarten. Holla at your homeboy.”
Akin Joshua, who seems ready for marriage, asked, “Congratulations my baby girl. How much is your bride price again.”
Top Stories