Portable tendered his apology to the organizers and urged his fans to keep voting. 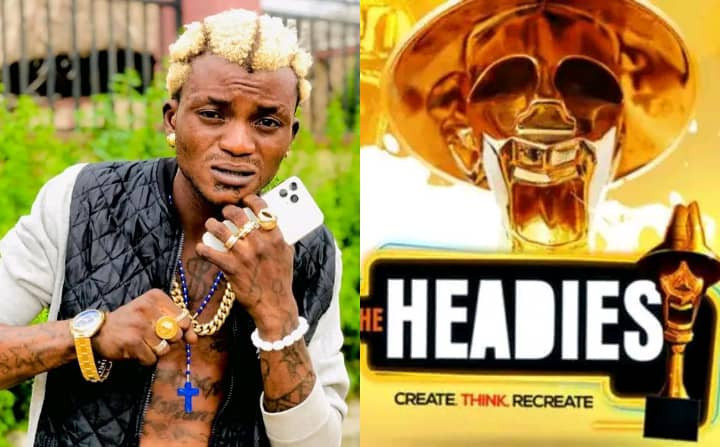 Controversial singer, Portable has taken to social media to beg for forgiveness after being disqualified by organisers of the 2022 Headies Awards.
Recall that he was disqualified over threat to kill co-nominees and controversial claims he formed 'One Million Boys' (Read previous posts here and here).
In a video shared online,  Portable, who was nominated for - 'Rookie of the Year’ and ‘Best Street-Hop Artiste,' tendered his apology to the organisers and urged his fans to keep voting.
Watch the video below: