When The PUNCH visited the domestic wings of the Lagos airport on Tuesday, many of the travelers lamented the sharp increase in airfares. 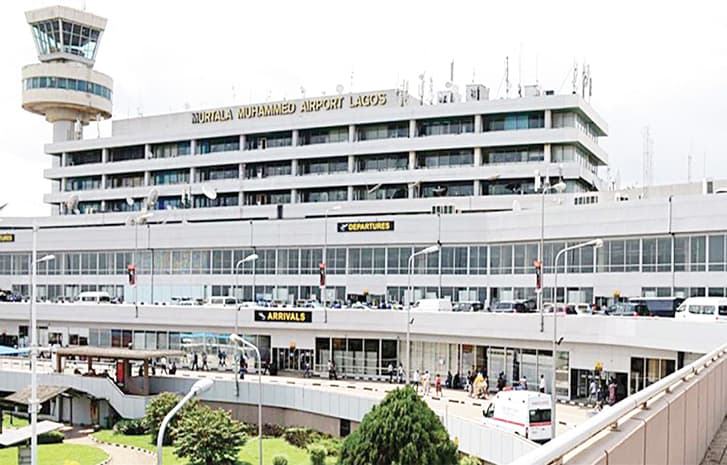 Air travelers in Nigeria have expressed their frustration over rising costs.

The passengers have begun groaning bitterly under the prohibitive fares airline operators have rolled out for flights within Nigeria as a one-hour flight now costs over a hundred thousand (N100, 000) naira.

When The PUNCH visited the domestic wings of the Lagos airport on Tuesday, many of the travelers lamented the sharp increase in airfares.

Investigation by our correspondent revealed that economy class domestic tickets from Lagos to Abuja via Arik Air, United Nigeria and Air Peace as of the time of filing this report cost over N150,000, other airlines have since followed suit.

An angry traveler who gave his name only as Ubong and claimed to have been a frequent traveler said, “This is not the time to ask for my name, the federal government and all those concerned should do the needful, why does the average Nigerian have to suffer. I mean, we are a fuel producing nation, why are we suffering?

“Everybody is just doing as they like, how can you say Lagos to Abuja is N154,000, am I plucking money from the tree? The roads are not safe, so travel by road and get kidnapped. Those that were kidnapped on the train how many months ago are still in captivity. Which account will I write this expense?”

Another traveler who said she had to make the trip as she was going on business said, “The Nigerian travelling populace is made up of mostly business people, should we now spend all our earnings on air transport? I can’t even begin to explain how this makes me feel,” Miss Nike concluded.

It was learnt that the increase in price of aviation fuel (Jet A1) and its scarcity is a contributory factor to the hike in fares.

A litre of Jet A1 that was selling for N400 now sells for over N800 per litre. The airlines have also complained about difficulties in getting forex.

Despite a significant increase in domestic air passenger traffic in 2019 by almost 30 percent, there is still a huge gap in ravel demand by Nigerians. According to the figures released by the Consumer Protection Directorate of the Nigerian Civil Aviation Authority, roughly 15 million air travelers both domestic and international went through the airports in 2018.

The umbrella body for domestic airlines in the country, Airline Operators of Nigeria, had a few days ago notified passengers of air transport services that the sector has been hit by a major crisis of acute scarcity of Jet A1, thereby warning them of possible flight cancellations and hike in airfares.

An obviously stressed air passenger who gave her name as Jessica Joseph said, “This just means things are getting out of hand, because how do you explain this? Who do we hold responsible now? Our leaders, the cause of all this have money to fly around as they like, their jets are fully powered on taxpayers’ money yet it is the tax payer that is suffering, imagine, what if I now want to fly out of Nigeria, na to rob bank o, abi?”

The last person The PUNCH spoke to was a man who had his luggage strapped to his shoulders, sweating and cursing no one in particular. On approaching him, he insisted on speaking only on condition of anonymity.

He said, “I came here today hoping I could fly my family of four from Abuja to Lagos for the Summer holidays but here I am, confused, I’m not even sure I want to go to Abuja again. I’m just grateful I had not rushed to tell my children my plan else I don’t know what I would have done. Something has to be done to salvage this situation, urgently too.”