Although the details of the meeting are not yet public, it is likely to be connected to preparations to host the President in Imo State soon. 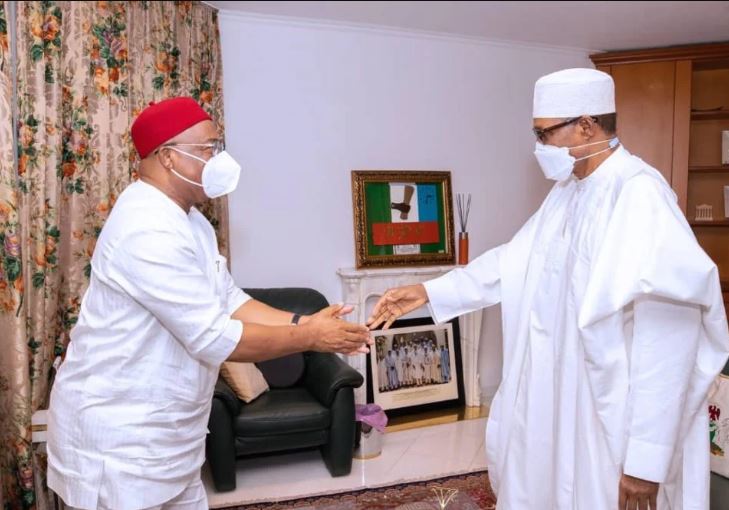 Buhari on Friday night, met with the Uzodimma at his official residence at the State House, Abuja.

Although the details of the meeting are not yet public, it is likely to be connected to preparations to host the President in Imo State soon.

The PUNCH reports that during his visit to the Presidential Villa in mid-June, the Governor announced to the State House correspondents that Buhari had accepted his invitation to inaugurate some development projects executed by his administration.

Also, the visit may have featured discussions on Uzodimma’s role in the Presidential Council on E-Government and Digital Economy.

The President, in June, appointed the governor as one of the 26 members of the Council to develop strategies to leverage digital technologies for every sector of the economy.

The Council which includes five other governors, ministers and members of the private sector is chaired on the President’s behalf by the Minister of Communication and Digital Economy, Isa Pantami.

Not left out is the possibility of the Governor updating the President on the security situation in Imo State.