The response the man gave the lady has left many social media users amused. 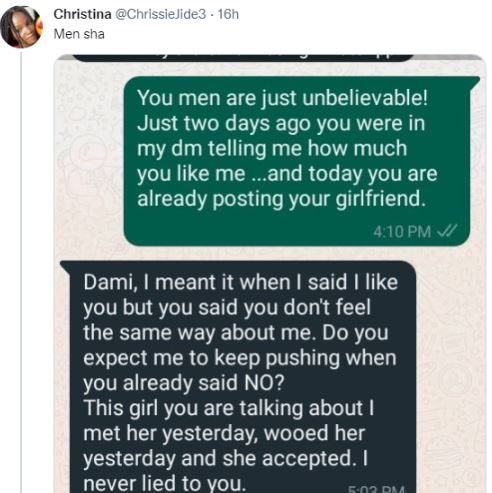 A Nigerian lady has taken to social media to share a chat between her and a man that wooed her and she refused.

After she turned him down, he went ahead to post a photo of his new girlfriend after two days.

She confronted him for posting the lady's photos hours after she turned him down.

She saw the lady's photo and asked him why he was asking her out when he already has a girlfriend. The response he gave has left many social media users amused.