The Returning Officer, Olayemi Olugbenga, affirmed Adelabu as Accord governorship candidate at a ceremony held at the Liberty Stadium in Ibadan on Wednesday. 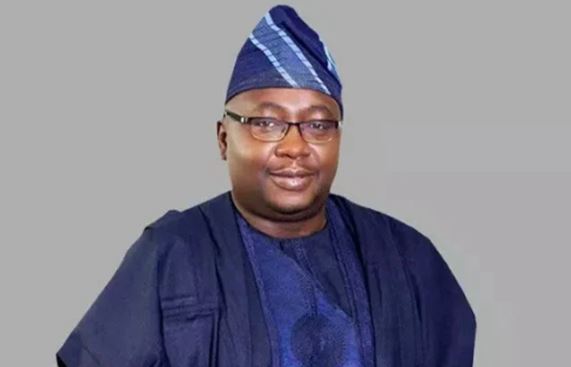 Chief Adebayo Adelabu, a former Deputy Governor of Central Bank of Nigeria, is ecstatic at the moment.

This is because, the poltician, who is also known as Penkelemesi, has been affirmed as the governorship candidate of the Accord in Oyo State for the 2023 election.

The Returning Officer, Olayemi Olugbenga, affirmed Adelabu as Accord governorship candidate at a ceremony held at the Liberty Stadium in Ibadan on Wednesday.

The Administrative Secretary of the Independent National Electoral Commission in Oyo State, Biodun Amosu, led other commission officials to witness the event.

The affirmation was done after the former governorship candidate of the party, Ayodele Oyajide, stepped down and relinquished his mandate to Adelabu in the presence of the National Chairman of Accord, Mohammed Nalado; National Secretary, Alhaja Bukola Ajaja; state Chairman, Ojo Kolade and other prominent leaders of the party.

The development followed the crisis which rocked the party of the governorship ambition of Adelabu. Adelabu had defected to Accord from the All Progressives Congress after Senator Teslim Folarin won the governorship ticket at the same venue in May.

The former governorship candidate of the Accord said, “I Ayodele Oyajide willingly step down for Adebayo Adelabu Penkelemesi.”

Adelabu said, “The change is here. Our coming to Accord is not by accident, it is a divine arrangement. This is the time Accord will produce its first governor in Oyo State

“We are ready to do everything to make sure we win. We will win the three senatorial polls; 14 House of Representatives seats and 32 House of Assembly seats.

“We need oneness. Adelabu cannot do it alone , we need your support. Work has started from today on and

Insha Allah come 2023, Adebayo Adelabu will be sworn in as the governor of Oyo State.”

The national chairman of the party said Nigeria needed a true change while promising that the party would provide this come 2023.

The Chairman of Accord in Oyo State, Ojo Kolade, urged the people of the state to vote for the party.

He said, “Accord will win all the positions in Oyo State and Adelabu, by the grace of God, will win the governorship poll. We will form the government in Oyo in 2023.”