Chioma Onyekwere grabbed the Gold medal after series of outstanding throws while another bright light, Amaechi Obiageri finished on the podium with a Bronze medal in the same event. 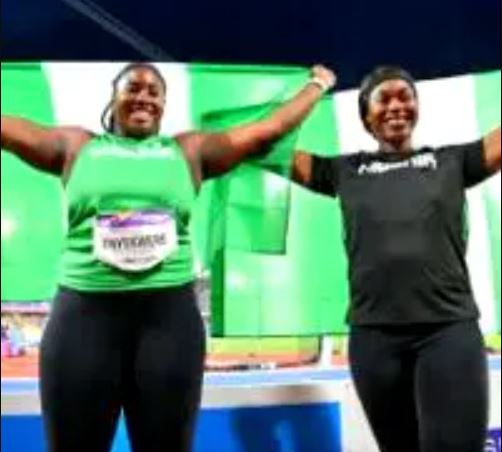 The Team Nigeria at the on-going Commonwealth Games in Birmingham has increased its medal haul.

The team increased its medal haul with two podium finishes in the Women’s Discus event.

Chioma Onyekwere grabbed the Gold medal after series of outstanding throws while another bright light, Amaechi Obiageri finished on the podium with a Bronze medal in the same event.

Chioma Onyekwere believes African athletes will make their presence felt in field events after becoming the first Nigerian woman to win a gold medal in the discus at the Commonwealth Games.

Onyekwere is only the second African woman to win Commonwealth discus gold after South Africa’s Elizna Naude in Melbourne in 2006.

“It is absolutely Africans’ time to shine – we deserve a spot and a seat on the table,” Onyekwere told BBC Sport Africa.

“I’m looking forward to having more Africans representing in the field events, especially in the throws. We are strong, powerful people.

“I’m expecting more for the future. We have World Athletics Championships next year, we have All-African Games. So I think Africa is going to do a really big step for the next couple of Worlds coming up.”

Onyekwere, who works full-time as an engineer, failed to qualify for the final at the recent World Championships in Eugene and was making her Commonwealth Games debut.

She improved on the mark of 58.19m she threw to become African champion for the second time in Mauritius in June.