Sufiyanu and Rukaiya, were set to be married on August 12, 2022, in Bauchi State but she passed away on Wednesday, July 27. 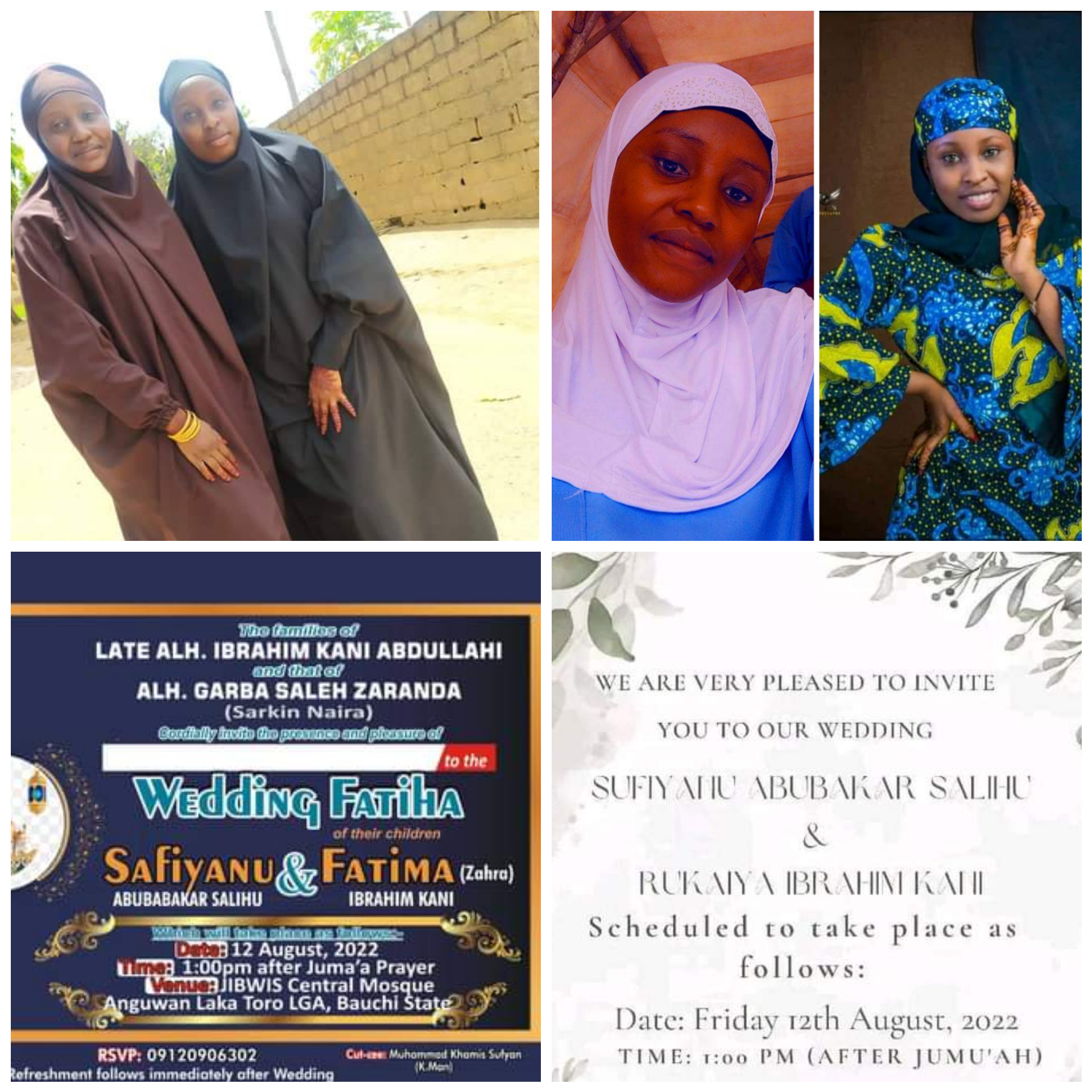 According to reports, Sufiyanu is set to marry Fatima Ibrahim Kani, the younger sister of his late fiancée, Rukaiya Ibrahim Kani.

It had been reported that Sufiyanu and Rukaiya, were set to be married on August 12, 2022, in Bauchi State but she passed away on Wednesday, July 27. 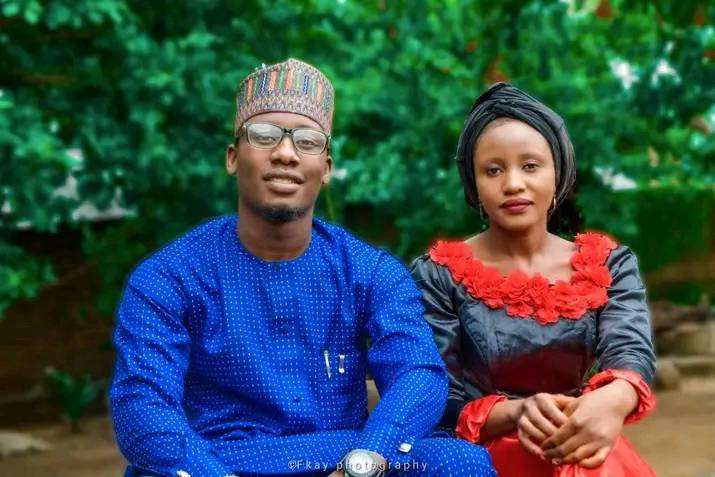 Sufiyanu also took to Twitter on July 28, to announce the death of Rukaiya.

Fatima had mourned her sister a day after she died, writing; "Indeed, life is ephemeral and death is inevitable and certain end. I lost yet another sister Ruqayya Ibrahim Kani (Aunty Ummi), her marriage was scheduled to take place in two weeks from now but now she's gone forever. Ya Allah kagafarta mata kamata rahama kasa inna mu yazo mucika da imani. Plz pray for my sister."

The elder brother of the sisters, Aliyu Ibrahim Kani, took to Facebook on Wednesday, August 3, to announce that the wedding will hold on same date between Sufiyanu and Fatima.

He also shared the new invitation card with Rukaiyat's name replaced with Fatima's. 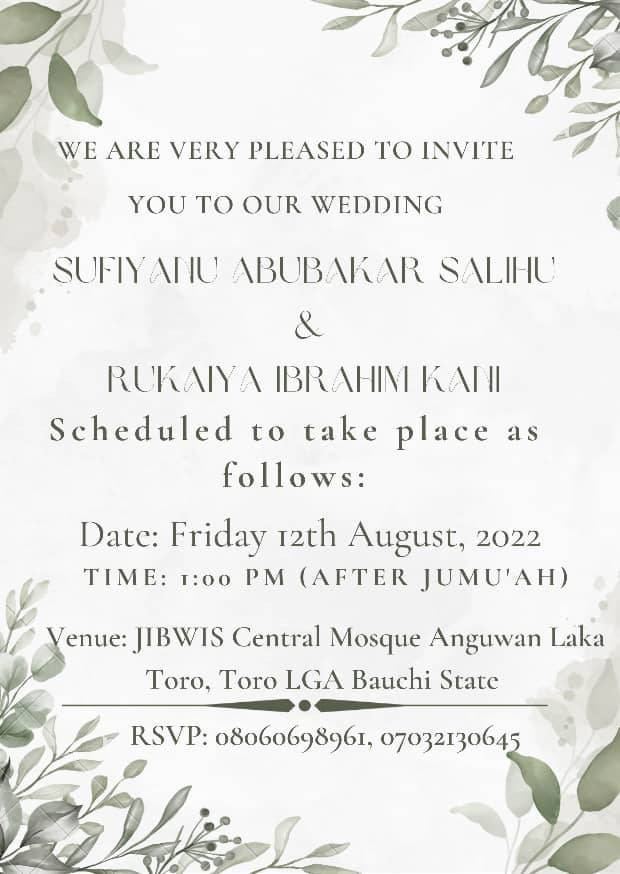 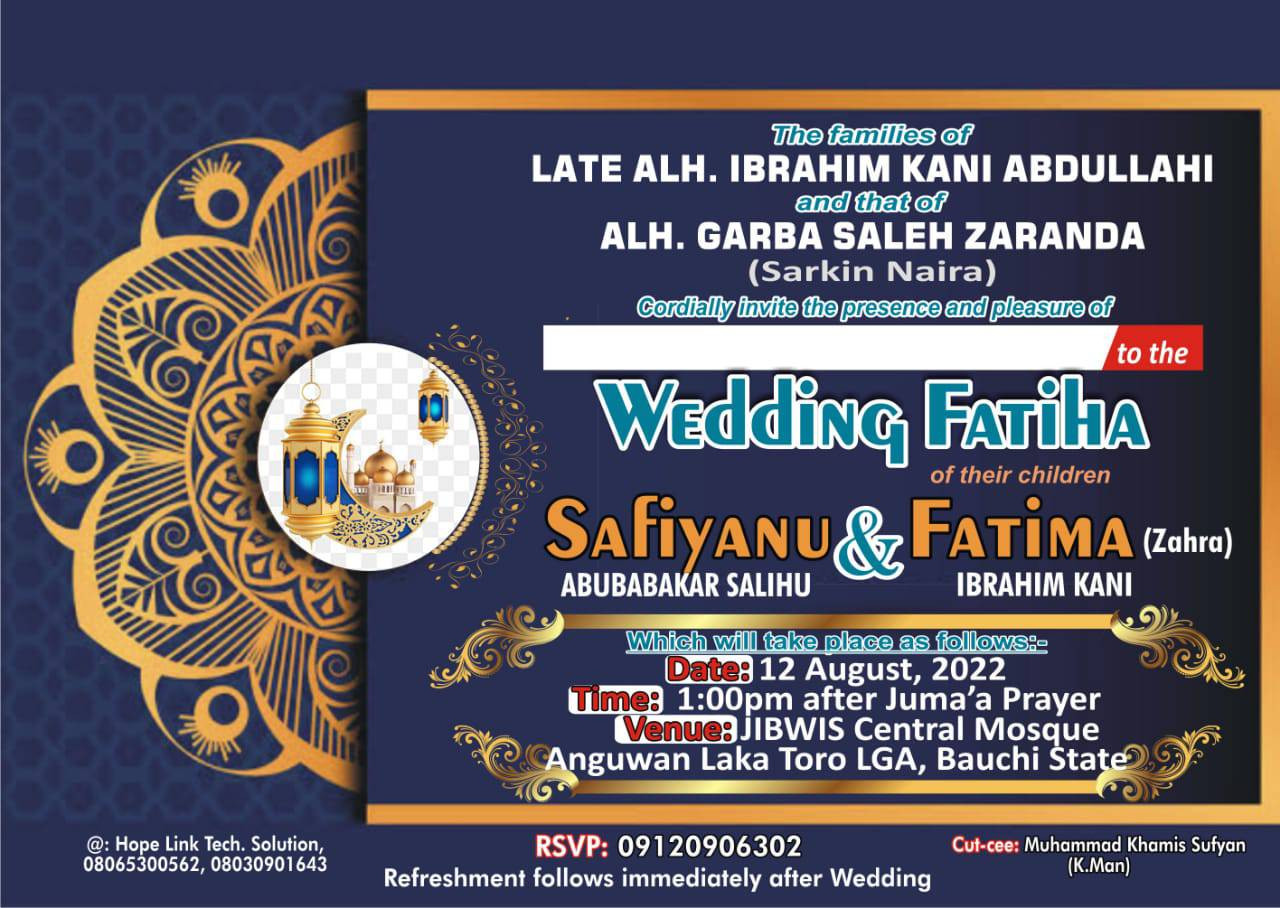 "Life is full of lessons to believe. Invitation to my twin sister wedding fatiha Fatima Ibrahim kani Zara," he wrote.

"When I was confronted with the reunion again, it tooks me so much more to believe but we can denied the fact that life goes on. I pray for my late Sister Aunty ummi Allah ya jikanta Allah ya Mata rahama and Allah ya sanya alkhairi a cikin wanann aure da za ayi da zara'u. You might also think as much as you can but prayers is all we need at this moment.

"Late Sister Rukayya Ibrahim Kani issa a graduate of public health and so zara too issa graduate of public health from Bauchi State University. She's an immediate sister to late Aunty ummi same father, mother. Everything about them is equally the same. It's happening again. This is a lesson and all thanks to our parents and a special one to both malam sufiyan and sister zara. Allah ubangiji ya kaimu lokaci Allah ya sanya alkhairi. Allah ya jikan Aunty ummi." 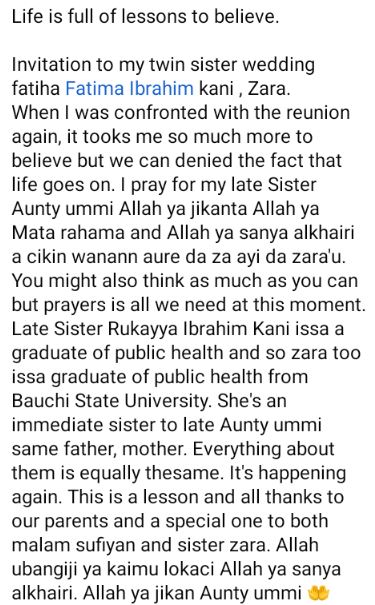