He talks about the poor quality of the current Super Eagles team, his love for Adesanya, and more in this interview. 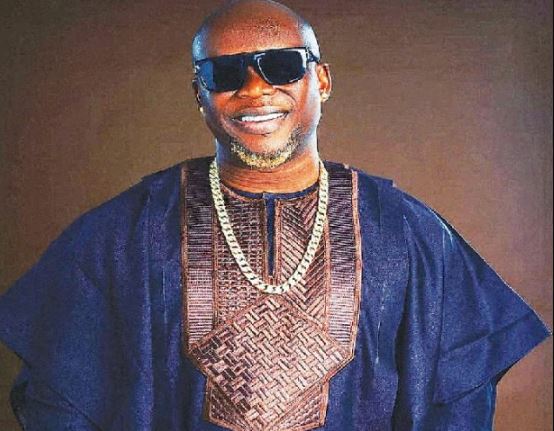 Godwin Komone, the popular Nigerian comedian who is popularly known as Gordons has talked about himself and his love for sports.

He talks about the poor quality of the current Super Eagles team, his love for Adesanya and more in this interview with PETER AKINBO

Do you have any history in sports?

I was a strong football lover, but I grew up in the type of family where sport was not encouraged. My dad expected me to go to school and become a doctor or a lawyer; so, I wasn’t encouraged in the area of sports but I loved football a lot and I can still play football perfectly.

Can you tell us more on why you couldn’t pursue a career in football?

In the days where sports was being developed in our area, I didn’t have any sort of encouragement to pursue sports. I didn’t even know that sports was lucrative because the mindset was that if you were ever going to be a very successful and notable person in life, you had to be either a lawyer or an engineer.

Did you join your school football team?

I wasn’t allowed at all, and the parental fear was there so I didn’t play for the team but I was always attending games.

What’s your favourite sport to watch?

Who is your favourite fighter in the UFC and why?

Isreal Adesanya. Apart from the fact that he is a Nigerian like me, I just love his delivery, his confidence, he fights tactically, he’s very skilled, very determined and serious about what he’s doing. And the reputation of our country outside the nation is not a good one, people are treated less than a lot others, so when you are privileged to see a Nigerian who is ‘repping’ correctly and not cutting corners and making his money, you should be proud.

These people don’t wants us Africans going where they ought to go because they just believe that we are supposed to struggle and being a Nigerian and dominating the middleweight overcoming a lot of challenges and with the work he has put in to get to where he is so whether he has a fight or not, I make sure to watch him on all his platforms.

Did you watch his last fight against Jared Cannonier?

A lot of people said he didn’t deliver after raising expectations, that it was a boring fight, what do you think?

Everybody who is in the UFC must have been training with his life because the UFC is not a place for laughter. It’s like a do-or-die environment, and for someone coming to fight Israel Adesanya, do you think the person didn’t prepare?

That man gave his best fight, he didn’t win with a knockout but in that ring, these people prepare for knockouts. This is Mixed Martial Arts; you’re either punching or kicking, and you’ll try to win either by knockout or submission or points. These fighters are trained.

What is the difference between Israel’s fight and that of (Floyd) Mayweather and (Manny )Pacquiao? Did Mayweather knock him out? People should realise that boxing or MMA is not easy at all, I do comedy and I don’t go on stage boasting that I’ll kill it, I don’t know the audience that I’ll face but I go prepared for every eventuality. If we have a free ride, fine, and sometimes, we struggle on stage, so I think everyone criticising Israel should do another rethink because he gave his best.

And for him ‘boasting’, that is the usual propaganda, even when we comedians are about to do a show, we make all the same noise, ‘we will destroy it’ but it’s not all the shows that end like that. Do they think Cannonier came to be beaten? So, all that is just propaganda, even in churches, when they print banner of ‘lame will walk and blind will see’, how many of these miracles have they done?

Adesanya and (Kamaru) Usman have repeatedly said they don’t want to fight each other saying they are ‘brothers’, and in that type of industry, do you think they can last?

One things Nigerians get outside this country is that they suddenly realise that they are brothers. I come from the Urhobo tribe in Niger Delta and some other tribes don’t agree with us but if I meet these other tribes overseas, they treat me like family but once we come back to Delta, they suddenly stop talking to me.

It is sad that it is only when Nigerians get out of this country and have a level of prosperity and security that they realize that Nigerians are their family. I think two of them can compete though, it’s a sport, not war, and the better person should win.

Who do you think is the greatest Nigerian footballer ever and why?

Jay-Jay Okocha. I think the passion with which he plays football would make anyone want to play football. He loves football so I think he’s just the best.

What do you think of the current Super Eagles?

Honestly, I do not know them. I have stopped watching Nigerian football since the days of Okocha and I do not understand them completely. I don’t want to watch anything and be feeling depression.

Are you saying they’re a depressing team to watch?

No, they’re not. I am just saying that they can up their game a bit so they can draw our attention. You will agree with me that during the time of Okocha, we were all glued to our TV screens to watch the Super Eagles play but it’s been a long time I watched them.

Would you encourage your children in sports?

I do not know the destiny of my children and I will be glad if none of my children pursued entertainment. This industry is no longer what it used to be. If any of them is good in sports, I will wholeheartedly encourage my kids. I’m not a father that would discourage them, whatever they want to do, I will support.