The officer, Mr Liyomo Okoi, a Police Constable with NPF Number 524503 was dismissed after facing an Orderly Room Trial. 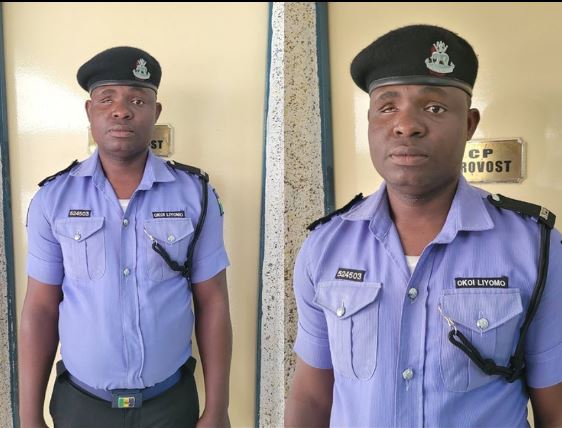 A power-drunk police officer seen beating a man with a machete in the Ekori community of Cross River State has been dismissed from the Nigeria Police.
The officer, Mr Liyomo Okoi, a Police Constable with NPF Number 524503 was dismissed after facing an Orderly Room Trial in which he was said to have been found guilty of the offence. His dismissal takes effect from the 8th of August, 2022.
Addressing journalists at the Force Headquarters in Abuja, the Force Public Relations Officer, Olumuyiwa Adejobi, said Okoi’s conduct falls short of the professional standard set by the Inspector General of Police, Mr Usman Alkali Baba.
He said the Police, under IGP Baba, frown at any act of misconduct, especially one that involved an officer maltreating innocent citizens.
The IGP warned that such conduct would not be tolerated by the Nigeria Police Force and that any officer caught engaging in any act of indiscipline would be shown the way out of the Force. 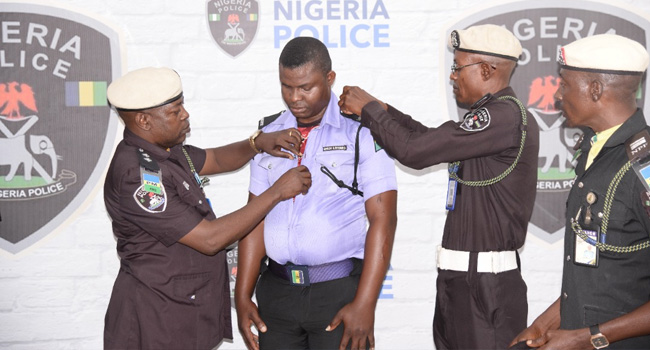 “The Inspector-General of Police has therefore reiterated his commitment to ethical regeneration, restoration of professional standard and enhancement of the anti-corruption drive with the dedication to entrenching human rights-driven policing within the country,” Adejobi said in a statement.
After addressing the press, the dismissed officer was de-kitted.
In the video which went viral on the 31st of July, 2022, Okoi was seen assaulting a man by hitting him repeatedly with a machete.
Okoi, who was attached to the Ekori Divisional Headquarters, Cross Rivers Police Command, will be the second police officer to be dismissed in less than two weeks by the Nigeria Police Force.
An Inspector, Richard Gele, who was caught on camera “dignifying and justifying extortion” in Kogi State was dismissed by the Police in July.
“The IGP expressed confidence that the current overhauling will improve the effectiveness of the units, and rid them of negative elements who deviate from the standard operating procedure of the Units, and the Nigeria Police Force in general,” the police spokesman added.
See the video of him attacking the civilian: