The victim was rescued unhurt by the authorities who swung into action to face the kidnappers. 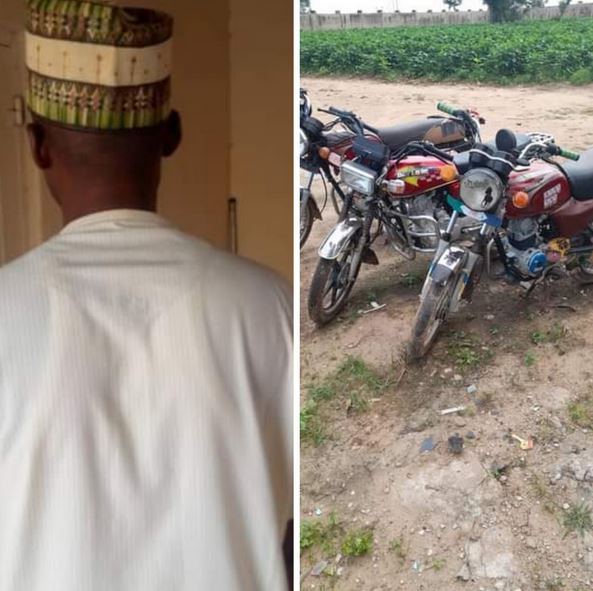 A village head Mallam Abdulmuminu Mudi has been rescued by men of the Kano State Police Command from his abductors.

Spokesperson of the command, SP Abdullahi Haruna Kiyawa, who disclosed this in a statement on Tuesday, August 9, said a report was received that the victim was abducted by gunmen.

"On 09/08/2022 at about 0130hrs, a report was received that, gunmen on Motorcycles kidnapped the Village Head of Garun Babba Village, Garun Mallam Local Government Area, Kano State, one Mallam Abdulmuminu Mudi," the statement read.

"Upon receipt of the report, the Command's Acting Commissioner of Police who is also the Deputy Commissioner of Police in charge of Finance and Administration, DCP Abubakar Zubairu, raised a combined team of Policemen from the Command's Anti-kidnapping Squad, Operatives of Garun Mallam Divisional Police Headquarters, led by the Divisional Police Officer (DPO), Garun Mallam Division, CSP Usman Maisoro and Local Vigilante of the area to rescue the village head and arrest the culprits

"The Command's Acting Commissioner of Police appreciates the Officers for their rapid response and directed that the fleeing suspects must be arrested."