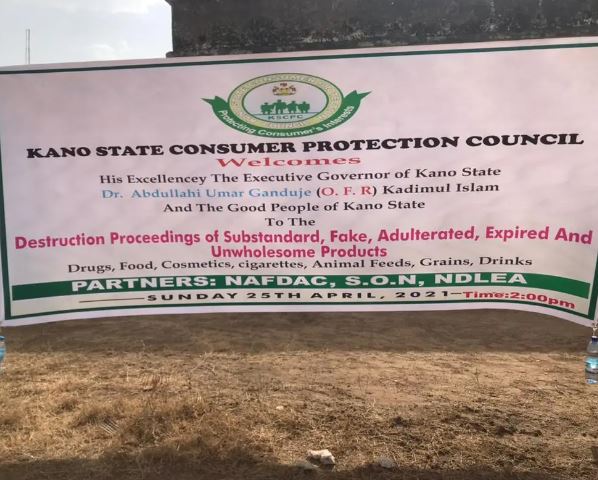 The Kano State Consumer Protection Council has confirmed that it intercepted and confiscated adulterated and substandard products worth over N100 million in the last three months.

The acting managing director of the council, Baffa Babba Dan’agundi, told journalists on Thursday, August 11, that the council had already begun the legal processes to destroy the products.

Just last month, the council had announced that it uncovered a large quantity of adulterated fertiliser at two locations in the state and also apprehended a trailer-load of expired semolina at the popular Singer Market in Kano metropolis.

He added that 11 persons were arrested.