The Anambra State Governor, Charles Soludo had suspended the council chairman, Mbazuluike Iloka, over allegations of involvement in the death of his wife. 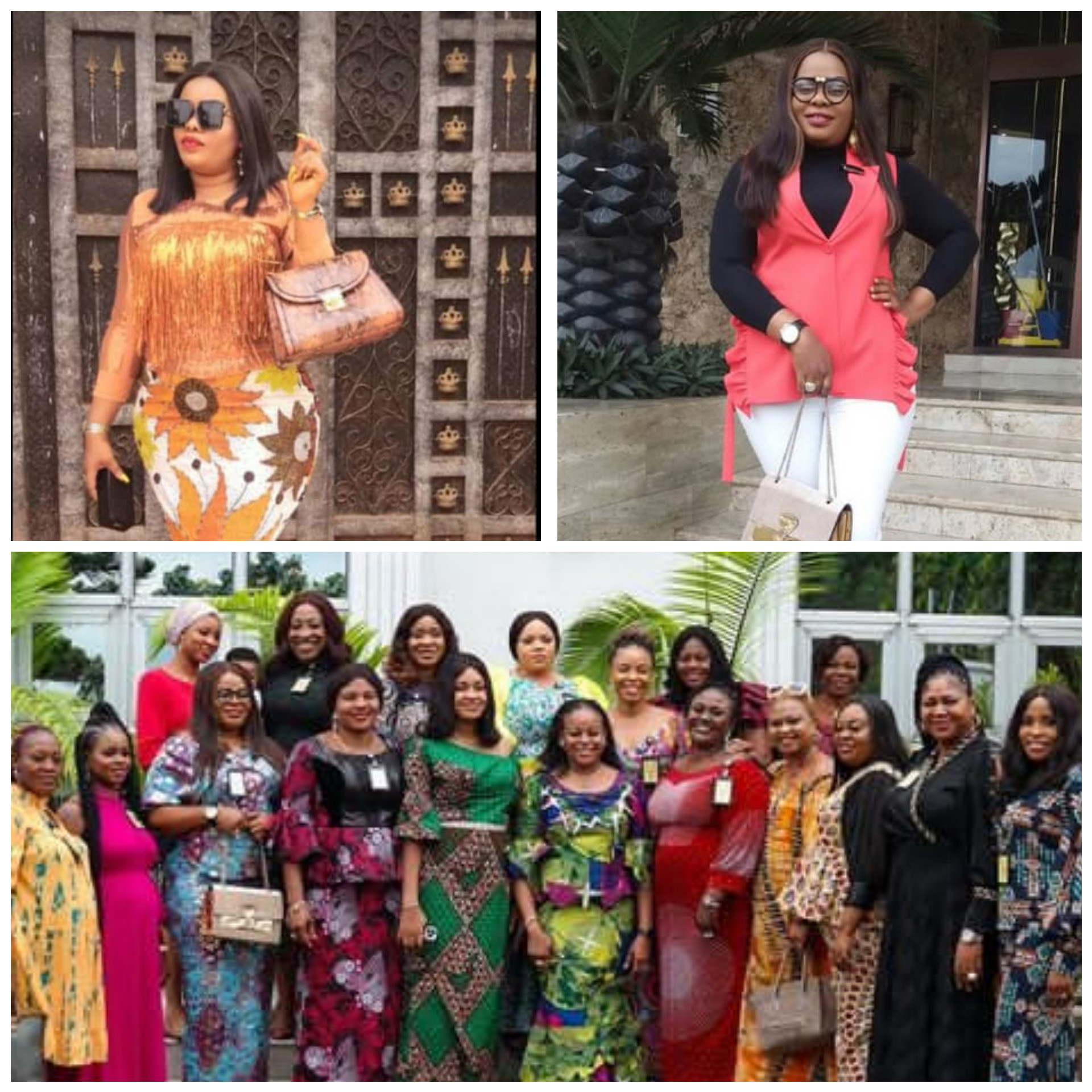 Mrs Nonye Soludo, the Anambra State First Lady, has reacted to the death of the wife of a Local Government Chairman.

The Anambra State Governor, Charles Soludo had suspended the council chairman, Mbazuluike Iloka, over allegations of involvement in the death of his wife.

The mother of four was said to have died suddenly on Sunday, August 7, 2022, in Nnewi, few days after her husband's swearing.

Taking to her official Instagram page, Mrs Soludo said that the deceased showed no sign of illness when she spent hours with her and wives of other Transition Committee Chairmen on August 5, 2022.

"My heart still grieves over the sudden departure of Mrs Chidiebere Iloka," the First Lady wrote.

"On August 5, 2022, I spent eventful hours with the late Mrs Iloka alongside wives of other Transition Committee Chairmen, and Anambra House of Assembly members, during one of my scheduled interactions with different women groups in Anambra State

"The ever-chatty pretty lady never showed any ailing sign. This justified my shock at getting the heartbreaking news of her sudden exit on the morning of August 7, 2022, barely two days after our meeting.

"I grieve Chidi's death most disappointingly. We had massive plans to collectively work as mothers to help our husbands fix our dear State. We had plans and shared our dreams. This is one death too many.

"While authorities are doing their jobs concerning alleged circumstances in the build-up to the sad news, I appeal for calm and reassure that justice, in its full measure, would be served. Sleep in the Lord, dear Chidiebere." 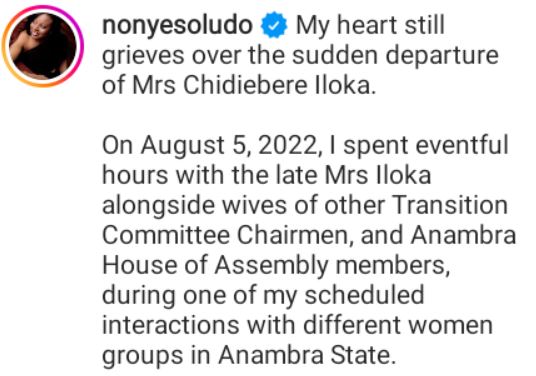 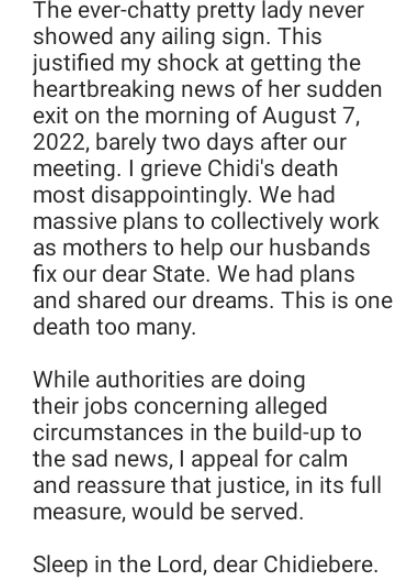