It was gathered that the bandits stormed the house of one Alhaji Babangida Abdullahi around 12 o'clock on Saturday night, August 20, and whisked the victims away. 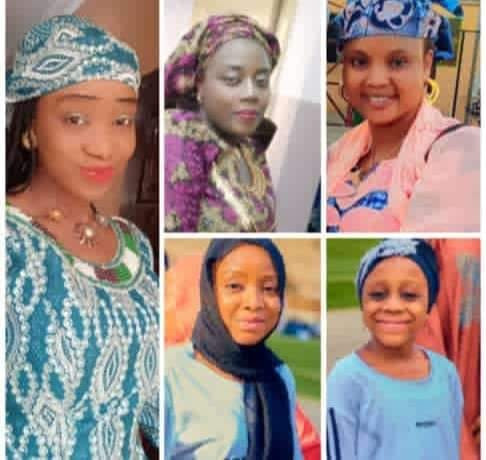 As many as six relatives of Umar Tata, a popular politician and gubernatorial aspirant, have been kidnapped.

They were kidnapped by bandits in Dutsinma town, the headquarters of Dutsinma Local Government Area of Katsina State.

It was gathered that the bandits stormed the house of one Alhaji Babangida Abdullahi around 12 o'clock on Saturday night, August 20, and whisked the victims away.

According to Daily Trust report, the victims were wedding guests of Alhaji Abdullahi, whose house is close to the residence of Tata, who contested for the gubernatorial ticket under the ruling APC in the recent party primaries.

A reliable source told Daily Trust that informants were suspected to have played a role considering the way the incident played out.

"The woman whose children were mostly kidnapped is the sister of the politician (Tata) and the way the attackers went straight to the house and kidnapped the women, was really questionable,” he said.

A resident of Dutsinma who pleaded for anonymity said the terrorists initially kidnapped nine people at Unguwar Kudu quarters of the town but three were later released.

"First they abandoned an elderly woman who could not trek with a small boy who was continuously crying. Then when they went further they also left another woman who was worn out," the resident said.

"Recently there was a time the bandits came to Dutsinma for four consecutive days and kidnapped people. The situation has become worse lately and we are really disturbed,” the source said.

Also, a traditional leader who wouldn’t want his name in print confirmed the incident.

"We have just returned from the house where the incident happened, where we commiserated with the families of the victims. It is really becoming worrisome (banditry) and we are appealing to the security agencies to rose to the occasion,” he said.