Social media influencer and slayqueen, Tejumola aka TejuPretty, suffered embarassment as a result of her actions. 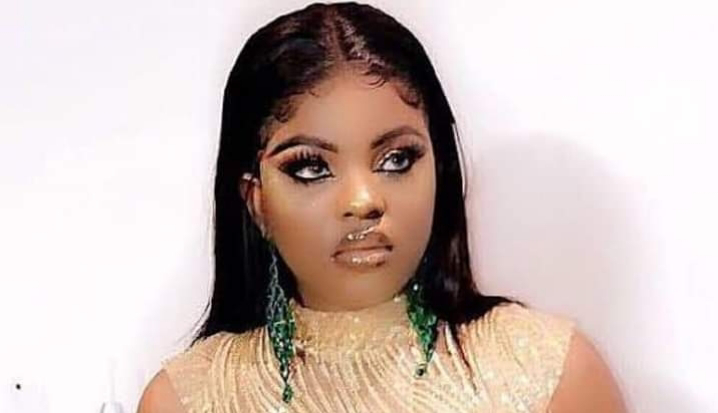 A Nigerian influencer, TejuPretty has been given the beating of her life.
This comes after she refused to refund the total of N800,000 mistakenly transferred to her account by a vendor.
In several posts on Snapchat, the vendor stated that after several days of begging for the money to be transferred, Teju managed to send N650k and refused to return the remaining.
After that, she refused replying the vendor's messages and even insulted her.
The vendor left Teju but promised to collect her money anywhere she sees her.
According to the vendor, she didn't seen Teju for two years until their parts crossed again.
This time, she swore to not only collect her money, but also give Teju the beating of her life. 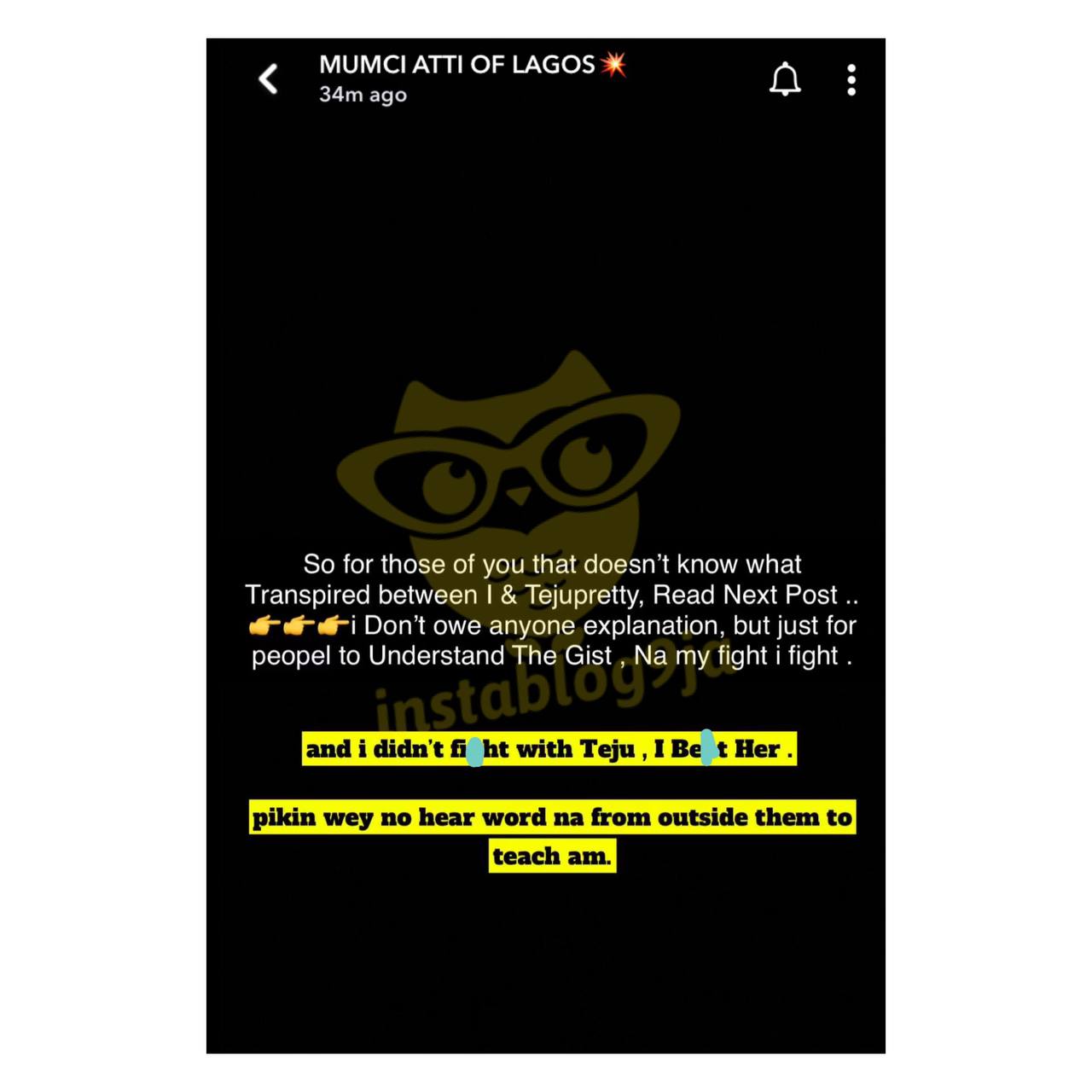 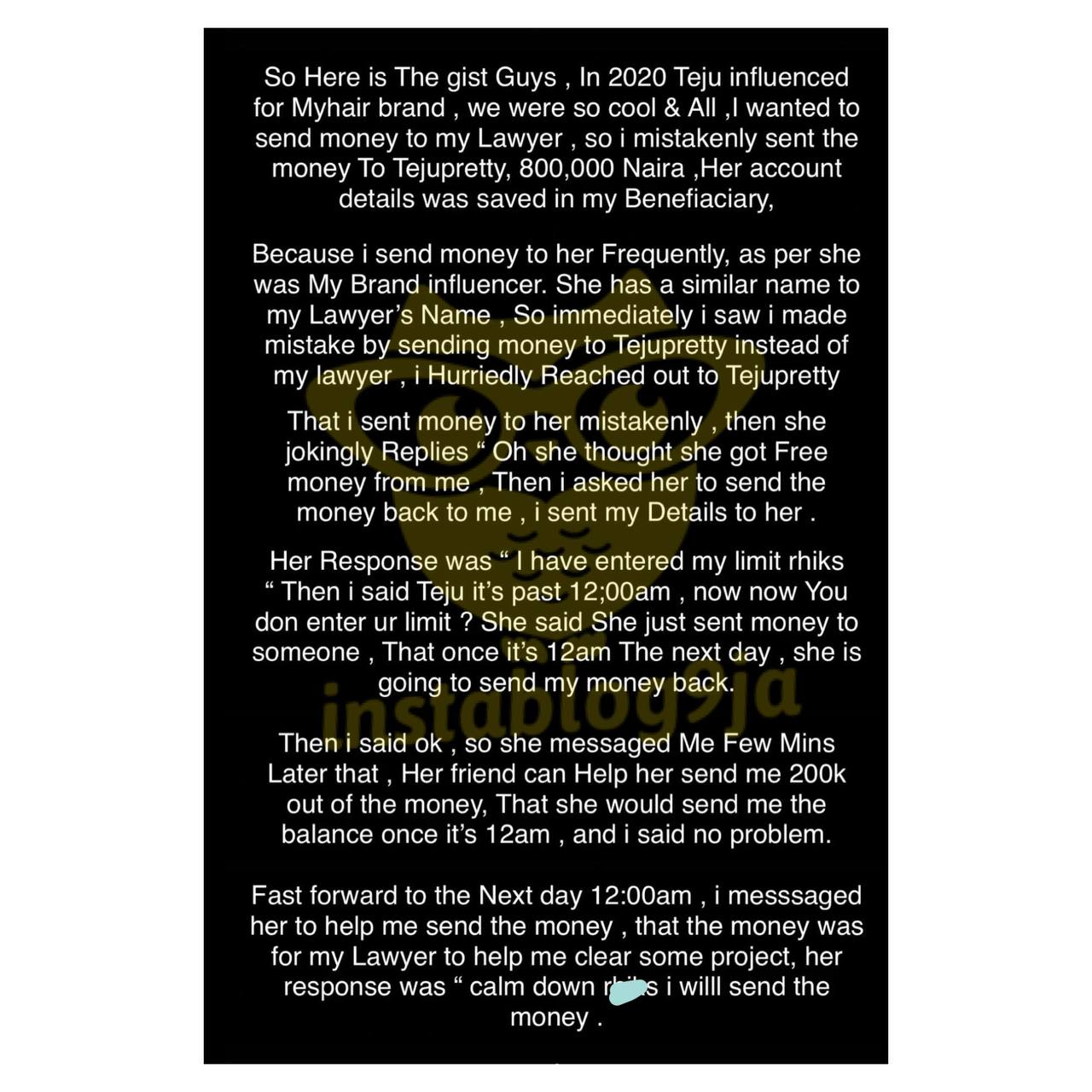 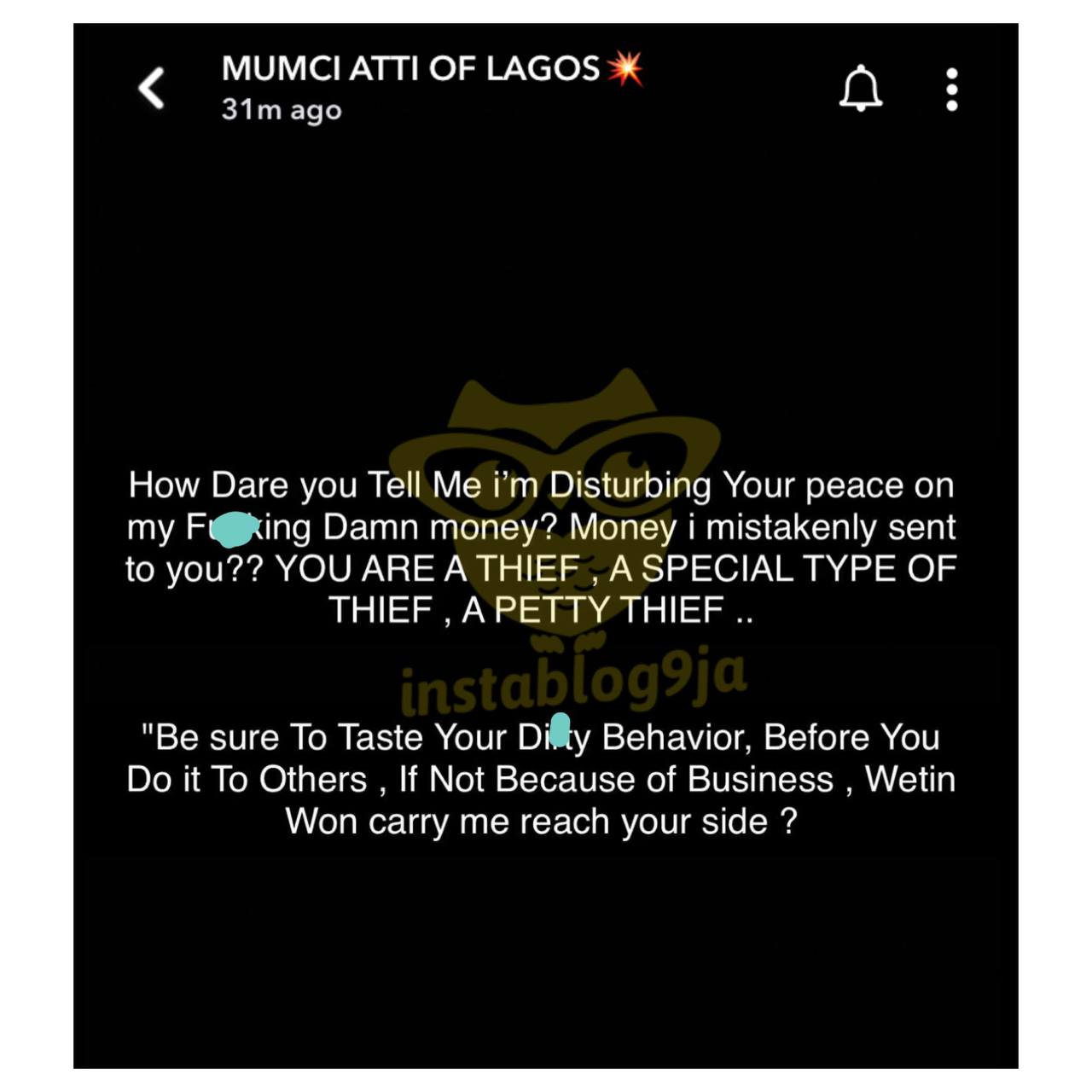