Corruption: Nigeria Has Recovered Over $334.7m Looted By Abacha And His Cronies - US


Leonard expressed these views during the signing of an agreement with the Federal Government for the repatriation of $23 million, being assets looted by Abacha and his cronies. 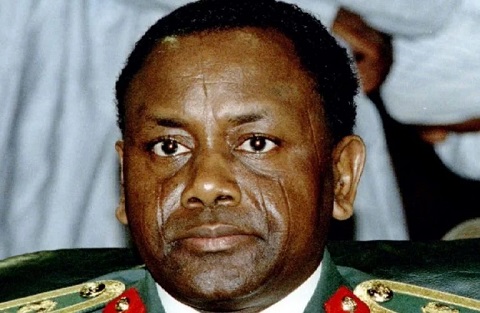 Nigeria has recovered over $334.7 million from the United States being money stolen by late General Sani Abacha and his cronies.
This was revealed by the US Ambassador to Nigeria, Mary Leonard, said on Tuesday.
According to her, the US government had been keenly aware of the devastating impact of corruption on societies, including eroding trust and the ability of governments to deliver to their citizens.
“It distorts the economies and access to key services. It hinders development, pushes citizens towards extremism and makes countries and their officials susceptible to malicious foreign interference”, the US Envoy emphasised.
Leonard expressed these views during the signing of an agreement with the Federal Government for the repatriation of $23 million, being assets looted by Abacha and his cronies.
While the Attorney-General of the Federation and Minister of Justice, Abubakar Malami (SAN), signed the agreement on behalf of the Nigerian government, Leonard signed for the United States.
Malami said since 2016, the Federal Ministry of Justice, United Kingdom National Crime Agency and United States Department of Justice have been working closely with the legal representatives of the Federal Government to finalise litigations related to the Abacha linked assets.
Following agreement between parties, the AGF said the UK High Court granted the NCA a registration and recovery order on July 21, 2021, which was sealed by the court on August 4 2021.
Leonard, in her speech, said the US Department of Justice and the Federal Bureau of Investigation, seized the stolen funds because Abacha and his associates violated US laws, when they laundered the funds through the US and into accounts to the UK.
She said, “This agreement is also kind of collaboration that our government must continue in order to right the wrongs committed under the previous regimes, combined with a $311.7m seized and repatriated with the assistance of the Bailiwick of Jersey and the government of Nigeria in 2020.
“This repatriation brings to a total amount of funds repatriated in this case by the US to more than $334.7 million. As a result of today (Tuesday’s) agreement, $23 million will be transferred to the Nigerian government, which through the NSIA (Nigerian Sovereign Investment Authority), will be used to continue the construction of three key infrastructural projects located in strategic economic zones of the country: The 2nd Niger Bridge, Lagos-Ibadan Expressway and the Abuja-Kano Road.
“In other words, these recovered criminal proceeds, like the $311.7m previously seized and repatriated, will be transformed into visible and impactful representation of the possibilities of government assets that directly improve the lives of average Nigerians.
“US law enforcement will continue to deny safe-heavens for corrupt actors and their assets. Our agreement today also serves to reaffirm the important role Nigerian Civil Society plays in combating corruption. Among other things, it provides for both independent auditor as well as independent CSO monitor within Nigeria to track the expenditure of these recovered funds.”
She promised that the United States would continue to do its part to facilitate the recovery and return of the proceeds of corruption to the Nigerian people.
Leonard said, “I am so pleased to be representing the US government to finalize the agreement for the repatriation of approximately $23 million worth of additional assets stolen by former dictator, Sani Abacha and his associates from the Nigerian people and will be returned to the Nigerian people.
“The US Department of Justice and the Federal Bureau of Investigation seized these funds in response to General Abacha and his associates’ violation of US laws when they laundered these assets through the US and into accounts in the United Kingdom.
“These actions were flagrant breach of the Nigerian people’s trust, but today is the result of an extensive and high level corporation between the US, the UK and the Federal Republic of Nigeria to make the Nigerian people whole.
“It is in recognition of the role corruption plays in undermining democracy that the US considers the fight against corruption as a core national security interest. To that end, President Biden really supported US strategy in countering corruption last December.
Malami further noted before signing the agreement, “The forfeited Mecosta/Sani assets were subsequently transferred to the NCA, which on February 7, 2022 held the sum of $23,439,724, pending the execution of the asset return agreement between the FRN and the USA.
“The President’s mandate to my office is to ensure that all international recoveries are transparently invested and monitored by civil society organisation to complete these three projects within the agreed timeline.”
The AGF urged the US government not to relent in supporting Nigeria’s commitment to speedy and transparent management of returned assets.
Top Stories