Governor Oyetola, who is the candidate of All Progressives Congress (APC) is challenging the result of the July 16 governorship election before the tribunal. 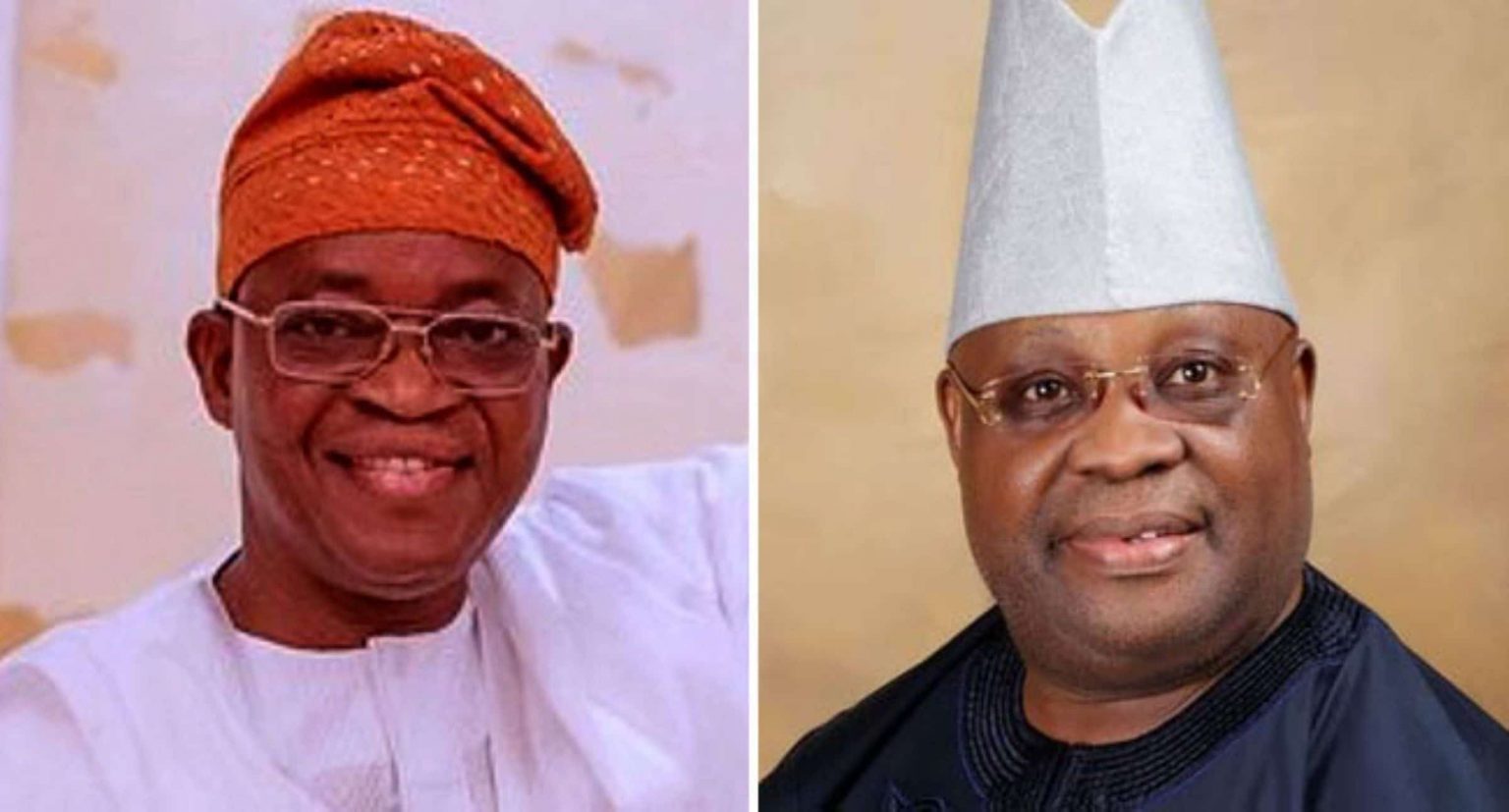 The Peoples Democratic Party (PDP) has replied a petition filed by Governor Gboyega Oyetola before the Governorship Election Petition Tribunal.
Governor Oyetola, the candidate of All Progressives Congress (APC) is challenging the result of the July 16 governorship election won by Ademola Adeleke of the PDP, before the tribunal.
Oyetola and APC claimed that there was over-voting in some local government areas in the state in the gubernatorial poll.
The Caretaker Committee Chairman, Osun PDP, Dr Adekunle Akindele in his response asked the Election tribunal to dismiss Oyetola’s petition, describing it as frivolous, baseless and un-meritorious.
He noted that Adeleke was duly declared the winner, stating that there was no over-voting in any of the polling units being challenged by Oyetola and his APC.
Maintaining that the election was free, fair and credible without any iota of non-compliance with the Electoral Act, 2022, PDP said the allegations listed in Oyetola’s petition are lame and imaginary.
Akindele concluded that the petition filed by Oyetola and the APC are time-wasting and effort in futility, added that Senator Ademola Adeleke, who is the candidate of PDP and governor-elect fulfilled all qualification criteria and conditions to run for the election.
Top Stories