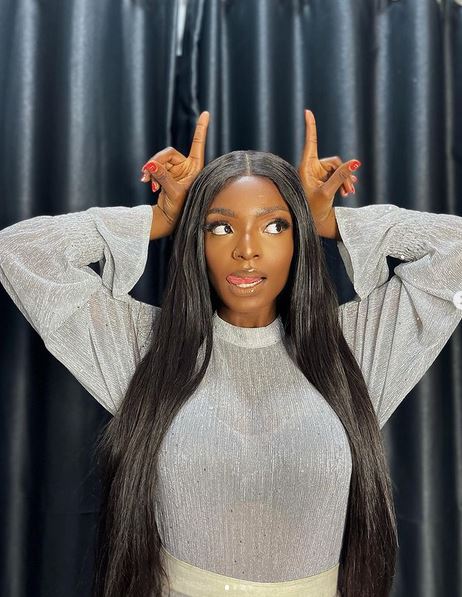 Ex-BBNaija housemate, Peace Ogor and a male Twitter user were involved in a faceoff on the microblogging platform.

It started when the young man with the handle @jayythedope left a rather distasteful comment about women getting married.

''Another Saturday, a lot of broke, lazy and jobless women got married again today. I hope your man doesn’t lose his job tho, cos if he does, you’ll see shege.''

Peace spotted the comment and expressed her displeasure, tweeting;

''I just hope this guy ends up with a man so women can rest. On the flip side it’s giving wanna be bobrisky but toxic masculinity. Chile leave the closet, step into the light and live free.''

The young man spotted her response and decided to attack her.

''You had BBN as a major platform but you never stepped into the light. Rest dear.'' 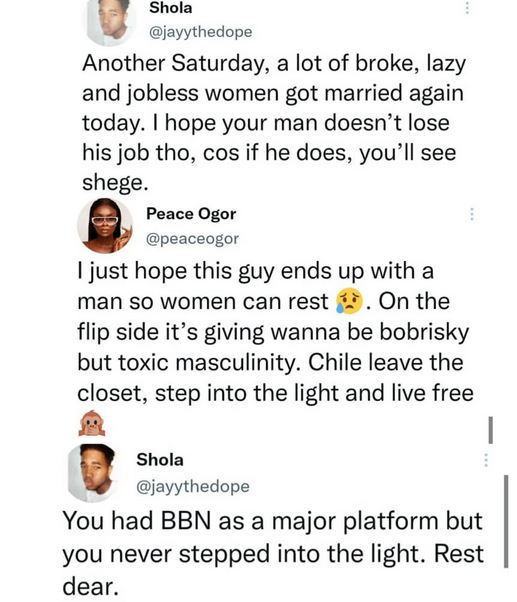 ''I can see you did not take my observations and advice too well nonetheless I embody the light. Gratefulness and contentment. I’m not where I used to be and that’s enough for me. Search your soul the demons you’re fighting is not women it’s YOU!!!'' 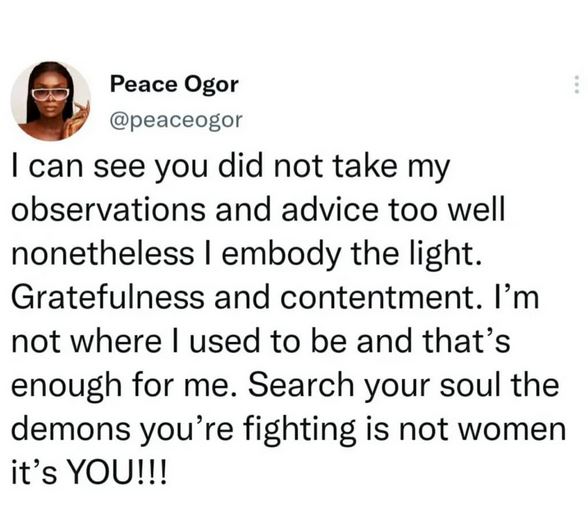