Okafor was arrested by Palarivattam police from KR Puram, Bangalore on Wednesday, August 24. 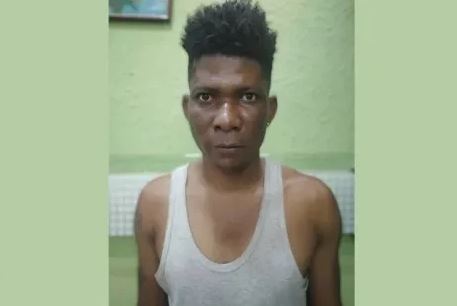 A 36-year-old Nigerian man identified as Okafor Eze Emmanuel has been arrested by police officials in Kerala, India, over alleged drug trafficking.

Okafor was arrested by Palarivattam police from KR Puram, Bangalore on Wednesday, August 24.

The investigation began with the arrest of one Haroon Sultan, who was caught with 102.04 grams of MDMA at Kalur Worldwide Stadium Hyperlink Street on July 20, 2022.

Upon interrogation, the police acquired info that one Varghese Joseph, a local of Fort Kochi, who resided in Bengaluru was sending massive portions of MDMA. Details about the Nigerian national was obtained from him.

"He was hiding in Bangalore with a German lady. The arrest was made as part of a one-and-a half-moth operation," IPS Sasidharan, DCP of Kochi Police, said.

"We have arrested six people incuding him as part of this case. They used to deliver drugs to diferent places in Kerala. There will be more accused in the case,"

"This is part of an investigation with the intention of nabbing drug dealers. This is also part of a special drive against drug trafficking and usage of drugs," IPS Sasidharan added.

The accused was produced in court and remanded.