This is coming a week after the Federal High Court sentenced Wadume to seven years imprisonment. 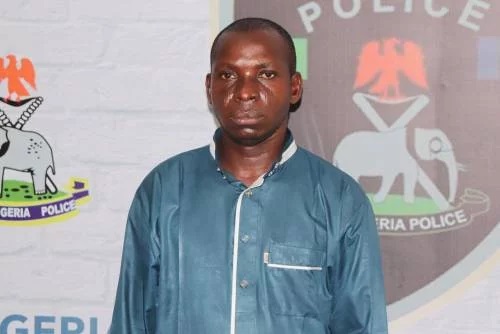 10 soldiers and their commander, Capt. Tijjani Balarabe have been reportedly cleared by military authorities over their alleged involvement in the escape of a kidnap kingpin, Bala Hamisu, popularly known as Wadume.
The latest update comes a week after the Federal High Court sentenced Wadume to seven years imprisonment.
Justice Binta Nyako had convicted Wadume after finding him guilty of charges relating to escaping from lawful custody, as well as illegal dealings in prohibited firearms.
Recall that some military officers attached to Battalion 93, Takum, allegedly aided Wadume to escape from the custody of the Intelligence Response Team.
It was reported that the soldiers also attacked the police operatives conveying Wadume to the Taraba State police headquarters on August 6, 2019.
The incident led to the death of three policemen and two civilians, while a police officer escaped injured.
Wadume was re-arrested by an IRT team led by Abba Kyari at his hideout at Layin Mai Allo Hotoro area of Kano State.
According to Punch, findings show that military officers involved in the Wadume’s escape have been cleared of wrongdoing by a military Board of Inquiry set up by the 3 Battalion of the Nigerian Army, Takum, Taraba State.
A source in the military that spoke with the platform noted that President Muhammadu Buhari approved the recommendations of the panel absolving the soldiers of complicity in the attack on the policemen and escape of the kidnap kingpin.
The source said, “The 3 Battalion of the Nigerian Army, Takum in Taraba State set up a Board of Inquiry under Section 172 and 173 of the Armed Forces Act Cap A20, Laws of Federation of Nigeria 2004 (amended) whereof the outcome and finding has since been forwarded to ASA( Appropriate Superior Authority).
“Thereafter, the Presidency inaugurated a panel chaired by the then Chief of Defence Staff, Gen Olonishakin, whereby members were drawn from the Army, Navy, Air Force, Police, DSS, Ministry of Justice, Nigeria Bar Association and others. The outcome of the panel exonerated the soldiers of the crime.
“Mr President approved the recommendations of the panel; in fact, Captain Balarabe has been promoted to the rank of Major since September 2021 and he is a Major in the Nigerian Army now.”
Top Stories