The minister said during the meeting that a more robust collaboration would be of benefit to both countries. 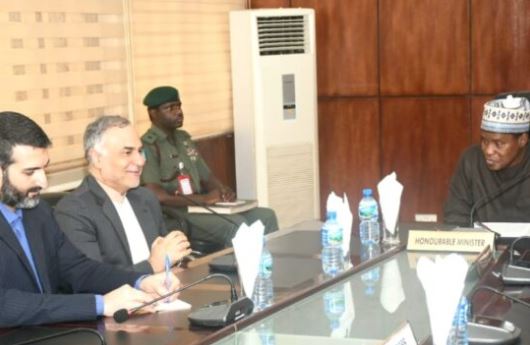 To tackle the worsening insecurity, the Nigerian government is seeking collaboration with Iran to strengthen its military cooperation.

Bashir Magashi, the minister of defence, made the call on Wednesday, August 24, when he hosted the Iranian ambassador to Nigeria, Mohammed Alibak.

The minister said during the meeting that a more robust collaboration would be of benefit to both countries.

Mohammad Abdulkadir, special assistant to the minister, quoted him as saying there has never been a better time for Nigeria’s genuine allies to turn up as the country fights multiple threats to its territorial integrity.

Expressing gratitude for the proposals for improved military ties between Nigeria and Iran, the minister was quoted as saying a "friend in need is a friend indeed".

On his part, Mohammed Alibak, the Iranian ambassador, thanked the minister for providing strategic direction that would help to finetune a strategy and synergy for the new partnership with Nigeria.

Albak promised to key into the new plans, including visitation to Iran by the Nigerian delegation to assess the fighting equipment Iran is offering to Nigeria.