Dunn was sentenced to five years and three months in jail on Thursday afternoon, August 25, after she pled guilty to manslaughter. 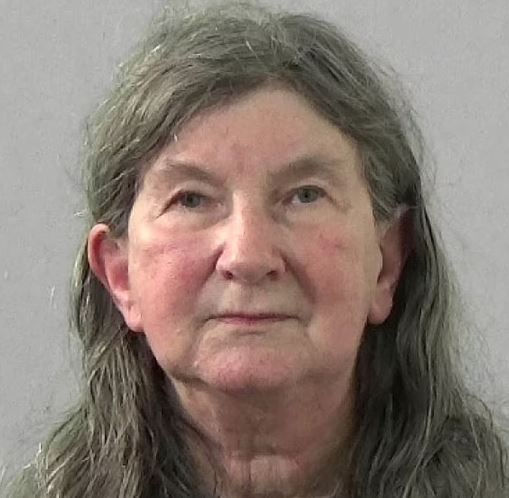 A 73-year-old woman has been sentenced to 5-years imprisonment for smothering her husband to death with a pillow after his "smile made her finally snap".

Janet Dunn from Ponteland, Northumberland, "found herself holding a pillow over the face" of her partner of 53 years, Anthony Dunn, 81, after they had had an argument over money on March 15, 2022.

Her husband died as a result of her actions.

Judge Paul Sloan QC said that Anthony’s smile "finally caused you to snap" and the court further heard how she had "wanted to stop him smiling" so she smothered him.

Judge Sloan said: "After decades of compliance and submission it was the smile that finally caused you to snap. The anger and frustration you had repressed for years boiled over."

Anthony was known to make grand financial gestures that rarely paid off and the couple would be forced to borrow money from family which they were unable to repay.

The family suffered "one financial crisis after another” as a result of Anthony’s “reckless conduct" and at the time of the killing, they faced losing their house of 36 years.

On the day of the killing, Dunn had gone upstairs to confront Anthony, who had suffered a heart attack a year prior and had dementia, about an unpaid bill.

When Dunn told Anthony that his actions meant they would have to borrow money from their own daughter, he just smiled. The court heard how it was this that led to the killing.

Anthony was "in no position to defend himself" as she smothered him due to his illnesses and after he died she fled the house, leaving her own daughter to discover her dad’s body.

The couple’s daughters were left "devastated and traumatised" by what happened and "left wondering whether they really knew either of their parents at all and whether their lives have been a complete fiction."

Anthony struggled during the attack "but he was too weak to put up an effective resistance" Judge Sloan said.

After smothering Anthony, Duunn made a "very serious attempt on her own life".

She drove to Bolam Lake where she was spotted by a dog walker around 5:30pm.

She was slumped in a Mercedes that had the engine running and had taken a number of tablets and was unconscious and unresponsive. There was also wine found in the car.

Dunn was sentenced to five years and three months in jail on Thursday afternoon, August 25, after she pled guilty to manslaughter.

Prosecuting Peter Glenser QC, told the court: "As she confronted him he smiled at her and said for her to sort the money.

"That made her angry and she wanted him to stop smiling so she picked up a pillow and covered his face because she didn’t want to see him anymore.

After he died she checked her husband’s pulse to confirm he was dead.

Judge Sloan, in his sentencing at Newcastle Crown Court, said that Dunn had been a "victim of coercive and controlling behaviour" by her husband throughout their marriage.

He added: "Throughout the marriage, you were the victim of coercive and controlling behaviour by your husband.

"You were by nature quiet and shy. He was nine years your senior and he was domineering and exercised control over many aspects of your life.

"While not physically violent he was verbally abusive and as a result of his behaviour and conduct towards you, your confidence and self-esteem were eroded.

"You were socially isolated and you became submissive and wholly dependent on your husband.

"The abuse, as you were aware, extended to the wider family as well."

Dunn also had an "abnormality of mental functioning" that impaired her rational judgement.

"The mental disorder is likely to have resulted from her relationship with her husband. He was dominant and she was passive and compliant and incapable of extricating herself from the situation.

"The business dealings of Mr Dunn were blindly optimistic and repeated promises of riches to come were never fulfilled and the financial situation was precarious.

"In spite of it all she did love her husband and she is desperately sorry for taking his life and what she has done to their daughters."