Nigeria’s Peter Okpaleke To Be Sworn-In As Catholic Cardinal


Pope Francis had earlier named Okpaleke as one of the new cardinals – many of whom could one day choose his successor. 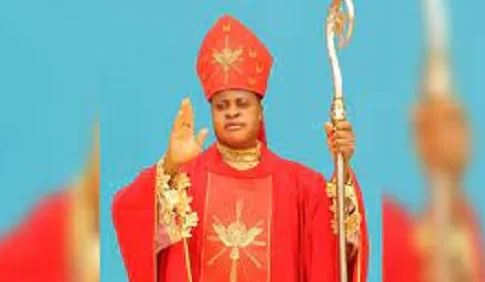 Bishop of Ekwulobia, Peter Okpaleke, is one of the 20 new cardinals to be sworn in on Saturday by the Catholic church.

Pope Francis had earlier named Okpaleke as one of the new cardinals – many of whom could one day choose his successor.

It is the eighth consistory since the 85-year-old Pope was elected in 2013, but is being particularly closely watched for signs of the kind of Catholic Church he hopes to leave behind.

The new cardinals include men known for their progressive views and their pastoral work, and they hail from around the world: from Brazil to Nigeria, India, Singapore and East Timor.

After Saturday’s swearing-in at St Peter’s Basilica, they will join a two-day meeting of all cardinals starting Monday.

The gathering was called earlier this year to discuss the pope’s new constitution for the governance of the church — but has only fuelled speculation he is on his way out.

Francis, who has cancelled numerous events in recent months and been forced to use a wheelchair due to knee pain, said last month “the door is open” to stepping down.

If he did follow his predecessor Benedict XVI and resign, a conclave involving all cardinals aged under 80 would be called to choose a successor.

After this weekend, Francis will have chosen around 90 out of the 132 cardinals eligible to elect a new pope, around two-thirds of the total — precisely the percentage needed for any proposed name to pass.