The shock could have caused a fatal heart attack in an older person, but Eggler escaped with second-degree burns and bruises. 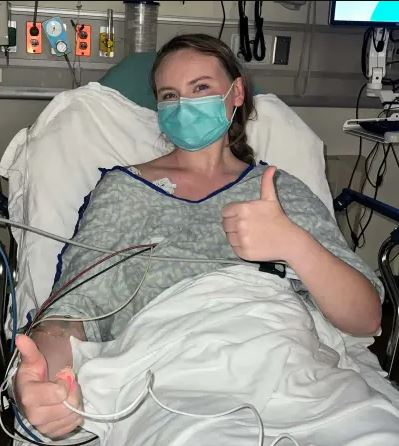 Emma Eggler, an 18-year-old American college student has been struck by lightning.

The college freshman was struck by lightning on the first day of classes and survived despite a close call with her heart, local news stations WEAR-TV and WKRG reported this week.

Emma Eggler, 18, said doctors told her she was "very lucky" to be alive, as the lightning strike narrowly missed her heart. The shock could have caused a fatal heart attack in an older person, but Eggler escaped with second-degree burns and bruises.

The Alabama native moved into her dorm at the University of West Florida over the weekend and attended her first classes on Monday, she told WKRG. She said she could see a storm brewing as she walked to her final class of the day, but she didn't realize how close it was.

Eggler said she didn't feel the impact of the lightning strike when it hit her — one moment she was on her feet, and then she woke up on the ground unable to move or speak. Her electronics were fried and her shirt melted to her body, leaving burns on her chest, stomach, and wrist.

After paramedics brought her to a local hospital, she was transferred to the University of Alabama in Birmingham Burn Center. Since she was discharged Tuesday evening, Eggler is feeling better and planning to attend classes next week, she told WEAR-TV. 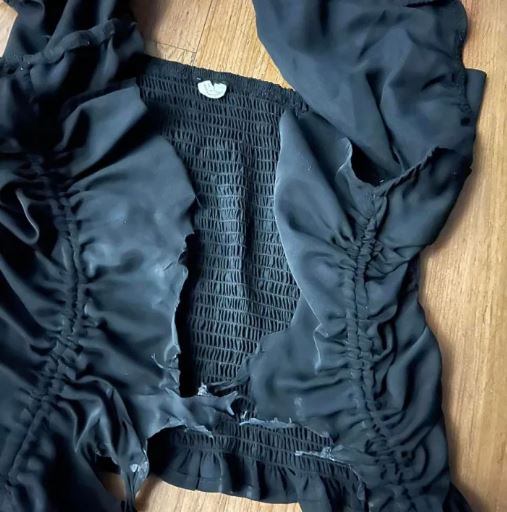 Her dress was melted

The freshman was walking to her last class of the day when she was struck in the chest.

"I didn't realize that I had been struck by lightning, I was more embarrassed because I thought I tripped and fell on the ground," Eggler told WKRG. "Then, I realized I couldn't move, I couldn't speak and I couldn't do anything."

When she came to, Eggler's shirt was "completely open" and had fused to her skin. Her friends were able to move her to a nearby bench and called 911.

Nelson Libbert, a senior at UWF, gave Eggler the shirt off his back to cover herself and waited with her until the paramedics came. Eggler said she remembers "really panicking" as she thought she was paralyzed.

Fortunately, Eggler regained feeling and movement in her legs during her short hospital stay. The burns on her stomach were the worst of her injuries, Eggler's mother Erin wrote on Facebook.

Her watch exploded and her phone was fried 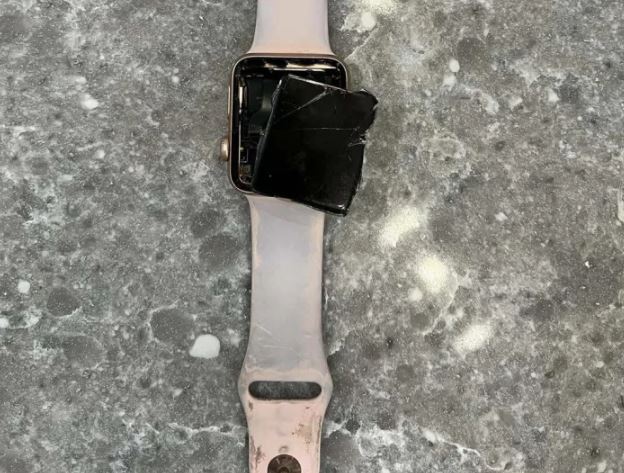 Her watch was destroyed

The electricity from the lightning bolt traveled down the left side of her body, from her chest to her foot.

Eggler was left with holes in her sock and sneaker where the current exited her body. Her Apple Watch exploded when the electricity surged through her body, causing the burns on her wrist.

Her phone was also "fried" by the strike, she told WKRG, so a friend had to call Eggler's mother for her.

The burns on Emma's wrist and neck — where her necklace had also conducted electricity — were "minor" compared to those on her torso, her mother wrote in the post. Her family and doctors agree that she made a miraculous recovery.

On her way out of the hospital, Eggler said her doctors told her she should buy a lottery ticket because she was so lucky.

"I think I will actually," she told local news reporters the next day.