Recall that the contract signed between the government, the Nigerian National Petroleum Corporation (NNPC) Limited and Tompolo is reportedly worth over N4billion monthly. 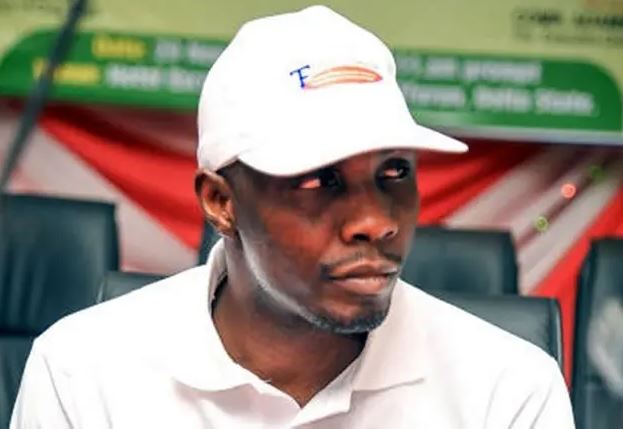 The Northern Youth Council (NYC) has called on the Federal Government to cancel a pipeline surveillance contract awarded to a former militant leader, Government Ekpemupolo, popularly known as Tompolo.
Recall that the contract signed between the government, the Nigerian National Petroleum Corporation (NNPC) Limited and Tompolo is reportedly worth over N4billion monthly.
A source told The Nation that following the contract, the former militant leader would help monitor and oversee other surveillance contracts, contractors and their activities in the entire Niger Delta.
He said it was a similar role Tompolo played during the former administration of President Goodluck Jonathan when Diezani Alison-Madueke was the Minister of Petroleum.
In a statement on Sunday by the group’s spokesperson, Matazu Yusuf, the council called on the government to revoke the contract awarded to Tompolo within seven days.
The council stated that the contract was uncalled for, asking President Muhammadu Buhari to sack the Minister of State for Petroleum Resources, Timipre Sylva, for approving the contract.
It vowed to mobilise Northern youths across the country for a massive protest as well as take legal action if the government does not act after the expiration of the given ultimatum.
It partly read, ”We are issuing a seven-day ultimatum to the Federal Government or its agent to revoke the N4 billion pipeline surveillance contract awarded to ex-Niger Delta militant, Government Ekpemupolo, popularly known as Tompolo.
“A few years ago, Tompolo has declared wanted by the government and today was awarded a contract. This is not reasonable. With this development, the amnesty deal by late former President Musa Yaradua aimed at reducing unrest in the oil region is on the verge of destruction by this development.
“The government should rather hire the services of Joints Task Force instead of a militant without a clear modus operandi.
“We also called for the sack of the Minister of State for Petroleum over the award of the contract.
“If after the given ultimatum, no action is taken, we will mobilise over 20,000 northern youths for a massive protest and afterwards challenge the decision in court. ”
“We also accuse the Chief of Defence Staff, Gen. Lucky Irabor, of allegedly playing the ethnic card by surrendering the surveillance of the nation’s critical infrastructure to militants.”
Top Stories