In the video, the little boy claimed he is a wizard and has killed three people. 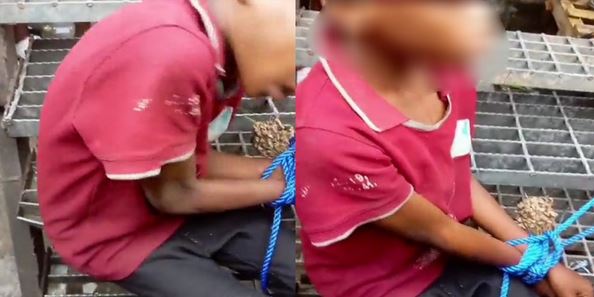 A viral video has captured the moment the hands of a young boy was tied as he was being questioned over claims of being a wizard in Rumuokoro in Port Harcourt, Rivers state.

Twitter user @BrotgerTucky who shared the video of the little boy being interrogated said the boy ''turned from a rat into a human being.''

In the video, the little boy claimed he is a wizard and has killed three people. He said he is from Akwa Ibom state.

When contacted by LIB, the spokesperson of the state police command, Grace Iringe-Koko, disclosed that the little boy is now in police custody.