The protest was led by the Chairman, FCET, Umunze chapter of the Colleges of Education Academic Staff Union, Dr. Churchill Okonkwo. 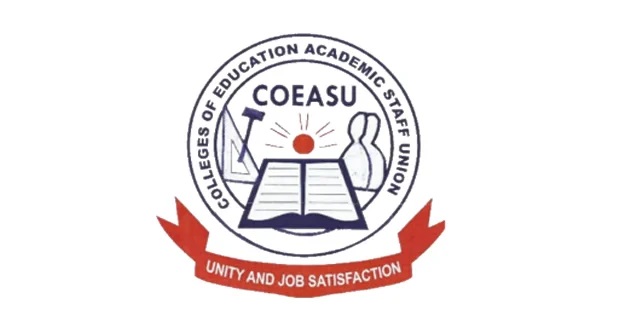 Federal College of Education (Technical), Umunze, Anambra State lecturers have protested unpaid allowances of over six years.
The protest took place today, Monday 29th August, 2022.
They alleged that the Provost and management of the institution were intimidating them not to protest. They, therefore, warned them to stop intimidating their members over the development.
The protest was led by the Chairman, FCET, Umunze chapter of the Colleges of Education Academic Staff Union, Dr. Churchill Okonkwo.
Okonkwo accused the school management of neglecting the lecturers’ welfare packages and also using the divide and rule antics rather than addressing the fundamental issues.
It was gathered that the lecturers had, a week ago, declared a three-week warning strike against the management of the college, where they directed parents to withdraw their children and wards from the college in their own interests.
But the management of the college in a swift reaction denied knowledge of the strike, describing it as a fake news.
The college’s Provost, Dr Tessy Okoli, was said to have warned the students not to be deceived by the “fake” report of strike, which she said was intended to cause panic and incite students’ unrest.
Okoli also advised journalists to always verify their reports to avoid misleading the public, noting that any student that would absent themselves from school during the examination period would have themselves to blame.
But, on Monday, the members of COEASU insisted that lecturers of the college were on strike and warned the Provost and management to stop intimidating them and deceiving the public with falsehoods.
The COEASU Chairman said, “As a union, we are all aware of the sacrifices we have made as a body to carry on with our tasks in the College despite the neglect of our welfare packages by the management, who is currently so versed in the divide and rule antics instead of addressing the raised issues.
“We are also aware that if not for COEASU wielding in to source for N1 million to sponsor some members to Abuja to demand our welfare, the management didn’t care that we are owed the Tertiary Education Trust Fund intervention since 2016 neither were they sympathetic to the fact that Teaching Practice mobilisation hadn’t been paid since 2018 and same nonchalance has also attended our demands for degree honorarium.
“It means that our meagre salaries are taxed to pay for our transportation to supervise teaching practice exercise since 2016, whereas the management always collects their Duty Tour Allowance every time they travel or leave the college environment for official duties.
“They always think that justice can be pushed aside with injustice and this is quite unfair. At our congress of Tuesday, August 23, 2022, the Provost was given a fair chance to appeal to us and make promises so that we will postpone the strike, but rather than do it, she resorted to threat.
“Our College has been made a laughing stock before the other Colleges in terms of our staff welfare, environment and governance. We are the dirtiest and most unkempt College in Nigeria with overgrown grasses everywhere. No clean sanitary facilities resulting in lecturers and students mostly relieving themselves in the highly overgrown grass velts.
“Before this new management, lecturers were assigned biros, files and markers but now we will spend our money to buy these.
“In the past, the College generators power the entire school and departments but now every school and department must buy their generator and also fuel it to make outputs; before now, accreditation are fully sponsored by the College but last accreditation HODs and Deans were given paltry sums to run around for accreditation and most of them are still being owed what they spent.
“This is something that other sister colleges do with ease and we ask; is our College created differently from other Colleges in Nigeria?”
The lecturers insisted, “That any staff participating in any examination will be penalised the Union way.
“COEASU exco will intensify monitoring exercises to ensure total compliance. That any staff that was harassed or intimidated by any management staff should quickly report to the executives.
The lecturers warned the management against keeping the students in the college in the absence of academic activities.
They described such as punishment and disservice to the parents, adding, “They cannot continue to keep the students in the College with lies when such students are not kept busy with academic activities. Remember that idle mind is a devil’s workshop.”
Top Stories